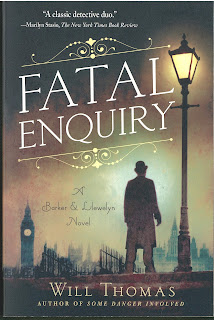 “Fatal Inquiry” is a tense, fast paced historical thriller that never lets up and is by far the best book in the series thus far. Which is saying a great deal? Here is hoping volume number seven isn’t too far off.
Posted by Ron Fortier at 11:52 AM