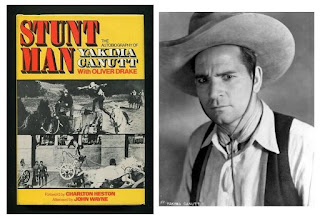 Yak passed away on May 24th, 1986 at the age of 90.  His autobiography is a treasure of wonderful memoirs of this incredible man’s life and all the films he was a part of. I truly hope some day the publisher does a new edition so that more film buffs like myself can read this truly wonderful book.
Posted by Ron Fortier at 9:04 AM 0 comments 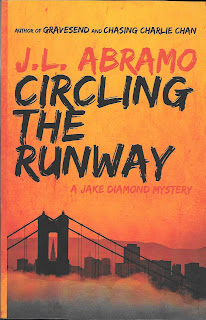 CIRCLING THE RUNWAY
A Jake Diamond Mystery
By J.L. Abramo
Down & Books
242 pgs

We generally do not enjoy books wherein the writer moves back and forth between first and third person narratives.  Most of the time these shifts are jarring  in that the reader, safely ensconced in the hero’s personality finds themselves tossed out of that mindset into a detached world vision…and then back again.  But as all things, there are exception to the rules and writer J.L. Abramo proves to be such; at least to this reviewer.

“Circling The Runway,” is a convoluted mystery that has more twist and turns in it then a box full of intertwined old shoelaces.  Within the first few pages we are introduced to at least a half dozen different characters all running to and fro; some with serious criminality on their minds while the others are the unsuspecting victims.  In this dense population of characters we meet Lt. Laura Lopez and Sgt. Roxton Johnson of the SFPD who find themselves investigating the murder of a well loved young Assistant District Attorney. Then there’s private investigator Jake Diamond and his gal-Friday, Darlene Roman who have their own hands full helping a known San Francisco mob figure clear one of his nephews of a murder charge.

That both cases will ultimately collide is a the result of some amazing plotting that has more twist and turns than a mountain back road.  And yet through it all, Abramo shows a flair for characterization that is not only flawless but crucial to making a tale like this work. There are so many moving parts all going off in different directions; you have to wonder if he isn’t a mechanic as well as a mystery writer.  No matter, in the end he has this plot engine purring like a well oiled machine with a truly remarkable finale that was more than satisfying.

All in all a terrific book we recommend happily.  J.L. Abramo is a writer to keep an eye on. He’s having way too much fun here and it’s contagious. 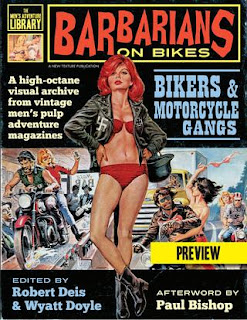 SINGULARITY - Rise of the Posthumans 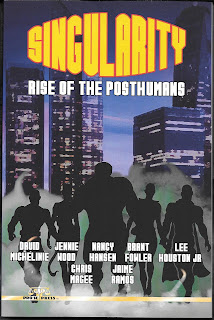 Shared world anthologies are always fascinating and at the same time a really challenge to pull off properly. In this wonderful book from Pro Se Press, editors Jaime Ramos and Wayne Carey have created a post-apocalyptic England controlled by a despotic Queen in which humanity begins to arise from the ashes. Still a poisonous gas called the Creeping Green covers the land and people have to wear protective gas masks and goggles when out and about.  A group of resistance fighters begins to appear; each with his or her back story and some with enhanced abilities. These are their stories.

Jennie Wood’s “Charada” has overtones of the Jewish Holocaust in that a secret government facility in New Southampton is mindwiping people and then using them as a private police force to hunt up undesirables. Once captured, these people have their organs harvested and used in scientific experiment to help create stronger soldiers known as Evols. Riley is one such hunter whose memories were erased to make her a better, more obedient agent but something has happened. Her memories are slowly beginning to resurface and with them agonizing moral issues as to the true purpose of her organization. A gripping tale with dark overtones you won’t soon forget.

Next is Nancy Hansen’s “Simon Simple,” the story about a young man whose chameleon like abilities can make him nearly invisible when blending in with his backgrounds. As the tale begins, he’s an enforcer working for a criminal gang but when his female friend, Mattie Fox is captured by the Queen’s Regulators and scheduled for execution, Simon’s conscience gets the best of him and he becomes a real hero.

In “The Rebel” by Lee Houston Jr., a steampunk Zorro-like figure appears on the scene thwarting the Queen’s plans on resurrecting ancient technology to strengthen her cruel hold on the remnants of mankind. A rollicking fun adventure.

Brant Fowler next offers up, “The Eye of the Mind.” It is the tale of a telepath refugee named Littleton who is using his skills to get by as a small time crook. But when he comes to the attention of the Queen, he soon finds himself being manipulated into becoming one of her agents. A skillful story about how even the best of intentions can go horribly awry. Like this one a lot.

Lord Basil Faulkner works for the Ministry of Transportation, assisting the Queen and her elite to obtain the scare perishables such as fresh fruits while the common folk scavenge for scraps.  But when the night falls, he dons a black cloak, a synthetic eye which allows him to see in the dark and he becomes “The Pistoleer.” Written by Chris Magee, this masked champion also is immune to the “Creeping Green,” allowing him to travel sans gas mask through the ever present poisonous gases that cover the city.
His is a short tale, but fast paced and professionally delivered.

Finally this first collection wraps up with “The Bride of Dr. Bravo” by co-editor Jaime Ramos. This one reveals that the main villain throughout the collection, Queen Anne Wintersmith, has a brother, Bradley, who has conspired against as well under the guise of the steampunk hero, Dr. Bravo. But his motive is in keeping his French wife, Salome, alive after she suffered radiation poisoning from the “Creeping Green.” In the end there is a climatic confrontation between the siblings that moves the tale into the world of the supernatural whereby Bradley’s wife transform into a truly mystic being of remarkable powers.  A tense, brutal yarn.

All in all “Singularity – Rise of the Posthumans,” does offer up a treasure of terrific story but in the end, there seems to be a lack of genuine connection between them, as though we’ve seen glimpses of different dwellings but the entire neighborhood in which they exist is still vague and unknown to us. In the end, this reviewer would love to see these same characters actually interact with one another and provide us with that adhesive that is so vital to a shared-world environment.  It could be prove to a challenge, but these writers, with this first entry, have all proven they are all more than capable of delivering something special.
Posted by Ron Fortier at 5:37 PM 3 comments