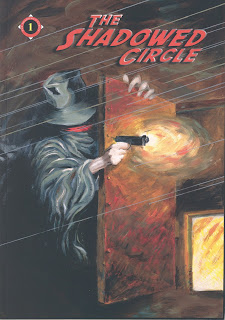 From a wonderful cover image to the last stunning back cover pix, this little magazine is a pulp gem. Especially for those of you who consider the Shadow the greatest pulp creation of them all. Editor Steve Donoso and his staff have collected eleven insightful articles that cover a huge range of topics.

From Mr. Pulp Will Murray’s piece on Femme Fatales to Dwight Fuhro’s personal hunt for the most famous Shadow painting of them all. (Check out that back cover we mentioned earlier.) Each article is informative and well written. We knew nothing about the Shadow short-films until reading Joseph Gibson’s essay. All of this is solid fare for any true fan of the pulps.

Then Art Director John Sies does a magnificent job in laying out the pages and embellishing them with various images and drawings that are fitting to each segment. Some are familiar while others we’d never seen before. Each captures a different facet of the Shadow conveying the sense of mystery and danger he exuded whether on radio or in his own title.

In the end, it has been way too long since we’ve had such a delightful magazine devoted to this amazing character. Kudos to all involved and please, go get Ed Hulse to do a piece on Victor Jory’s Shadow serial. Something this reviewer would love to read. 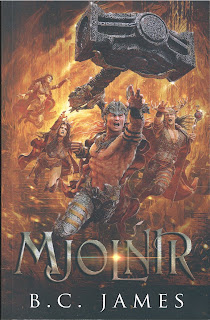 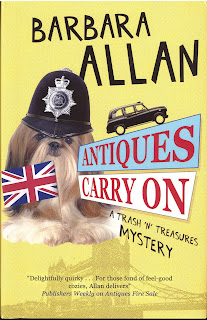 Ron isn’t into Cozy mysteries and when this one arrived in the mail, he dropped it on my desk top with the suggestion I give it a go. Months later it’s still sitting there and I decided to give it a try. As a Mom myself, I totally get the mother-daughter dynamics. Sometimes they gel, other times they are nothing but oil and water.

I would recommend you take time to meet Vivian and Brandy. The mother-daughter team that never misses a chance to inject humor and fun while investigating a new mystery. I really enjoyed the book; especially the great twist at the end in regards to who done it. Just when you think you’ve got it solved, there’s more to be revealed.

The book offers up a truly wonderful cast of characters to “cozy” up by the fire and share some time with.

Final note – This is the start and end of my reviewing career. Thanks, Ron. 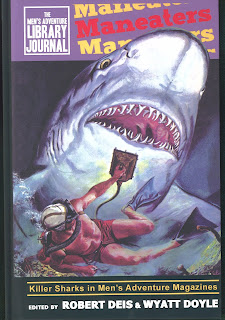