THE MADNESS OF FRANKENSTEIN 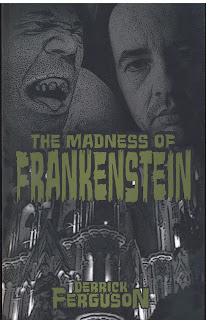 New Pulp writer Derrick Ferguson is best known for his action packed adventures, be they the exploits of Dillon, Fortune McCall or Sebastian Red. All of these should already be on your reading list. But back in 1914, Ferguson wrote this truly amazing novella, “The Madness of Frankenstein” that is his homage to the great Hammer horror flicks of the 60s and 70s. Having finally picked up a copy, we were eager open its pages and discover what special grisly treats Mr. Ferguson had whipped up for his unsuspecting readers.

The book is a non-stop, frantic, over the top story with enough colorful characters to cast a dozen movies. A young scientist named Peter Holden is imprisoned because of his fanatical obsession with the infamous Doctor Victor Von Frankenstein; the monster-maker. But Holden isn’t the only person seeking the notorious villain. The Holy Mother Church has inaugurated a group of warrior clerics calling themselves the Justicers and their singular mission is to find Frankenstein and put an end to his blasphemous career.

When a ravenously beautiful young woman named Angelique appears with news of Frankenstein’s whereabouts, a Justicer named Christopher Wrightson has Holden released in his charge. Angelique’s information has Frankenstein somehow connected to an insane asylum located far in the northern woods. The party sets out immediately unaware of the true horrors that await them in this damp, dark fortress of madness.

Aside from the sheer brutality of Ferguson’s prose, there is also a strain of black humor evident as he peppers his tale with some very recognizable names. These are his personal “Easter eggs” and makes the story that much more fun. Not a word is wasted, not a classic action ignored as “The Madness of Frankenstein” delivers a truly unforgettable reading experience.

Our only request; when is the sequel coming? 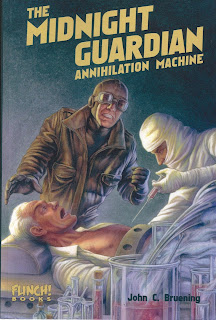 John Bruening’s second novel in his Midnight Guardian pulp series answers the question; Can one have too much of a good thing? Sadly the answer in this case is most definitely. We recall reviewing the first book in this series, “Midnight Guardian – Hour of Darkness” and at time thinking it was a bit long for a pulp thriller. We were concerned about Bruening failing to understand the basic tropes of what made the pulps work. If he continued to produce overly long books, then they would only serve to deaden the impact of his fiction. Which is exactly what has happened with “Annihilation Machine.”

The basic plot is a familiar one with most pulp readers. It is 1938 and a mad, disfigured German scientist calling himself Sensenmann has been smuggled into the U.S. and is threatening to destroy Union City with a powerful machine that annihilated buildings from miles away with uncanny accuracy. Naturally he’s working for Hitler and the Nazi High Command. That’s it. Nothing overly complicated. Then it is up to Assistant District Attorney Jack Hunter to stop him as the masked vigilante, the Midnight Guardian.

John C. Bruening is a very good writer and he has created some really terrific characters with this series. Unfortunately he falls into the trap of being so meticulous in his storytelling that he has to put down every single incident, conference meeting and interview as if each were so vital to the overall book. Not true. Had Bruening had the benefit of a veteran pulp editor, he could have easily trimmed his massive tome by a hundred pages and still told his story; only a whole lot faster and meaner. Pacing is a crucial element to any pulp thriller and most of this book’s middle section seems to be locked into Snail Gear.

Another irksome point is the writer’s refusal to name his hero. Let me clarify. In the majority of classic masked avenger pulps, the classic writers understood the duality of the hero once he, or she, assumed and second identity. Thus when writing his Spider adventures, Norvell Page would not call his hero Richard Wentworth, while he was in action as his crimefighting hero. He would call him The Spider. Whereas throughout “Annihilation Machine,” Bruening eschews calling his protagonist anything but his Christian name. Thus it is always Jack Hunter in action and never the Midnight Guardian. We have no clue what the author has against calling him by his colorful title? It’s almost as if he were embarrassed to be writing pulp.

In the end, “Midnight Guardian – Annihilation Machine” is a good book by a good writer. We simply believe it could have been better. 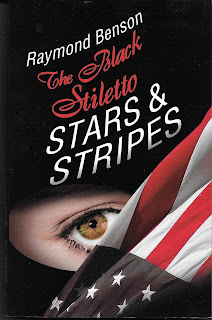 The delight of this series is the humanity Benson infuses in all his characters and allows each to tell his or her story. All of them begin to form the picture of a real family, each member in flux doing their best to make through the greatest puzzle of them all, life. This is such a great series and here’s hoping we’ll soon be hearing Gina’s voice.
Posted by Ron Fortier at 10:26 AM 0 comments 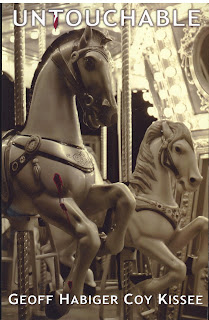 Last year we had the pleasure of reading the first book in this series called, “Unremarkable.” In it we met Saul Imbierowicz, a boring postal clerk in 1929 Chicago. By the book’s end, poor Saul had been murdered by Mobster Al Capone who, as it turned out, was actually a vampire. Thus, to his own horror, Saul was turned and rose from the dead as a bloodsucker himself.

This new book opens with Saul having been recruited by Elliot Ness to join his anti-crime task force. Ness is aware of the fact that Capone and many of his gang are supernatural monsters. The G-Man decides that having a vampire on his own team would be beneficial in future encounters. He pairs Saul with a federal agent named Christian Wright who is devoutly religious and has a deep aversion to all things unnatural, including Saul. Thus their working together is contentious from the start with Christian insulting Saul constantly while our naïve protagonist stumbles through his new existence desperately trying to understand everything that has happened to him.

Like the first entry, writers Habiger and Kissee have a wonderful talent for mixing both action and humor. That Saul mentally imagines his Jewish family, mother, father and sister, chastising at the most inopportune moments is really very funny. At the same the authors do an excellent job of weaving their imaginative narrative around actual historical accounts that transpired at the time. What we’ve always loved about New Pulp is its ability to offer new twists to old stories. With both “Unremarkable” and now “Untouchable”, Habiger and Kissee have delivered something truly unique and thoroughly enjoyable.

We have to assume there is a third volume in the works and quite frankly we hope it arrives sooner than later.