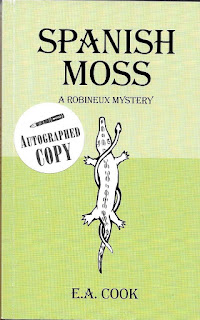 Sometimes the story of how we received a particular book can be as interesting as the book itself.  Several weeks ago we walked into a very small local bookstore.  You know the kind, they make most of their income in selling or trading used books.  As we had a stack of such that were taking up way too much space in our office, we thought we’d stop by this little store and donate them to the owner.   We will never just trash a book, we love them too much. Thus this way they would hopefully end up in the hands of other bibliophiles like us and along the way provide a little sustaining income to the owner of the shop.

The charming lady who operated the store was happy to take the books off our hands, especially seeing the immaculate condition they were still in and we entered into a nice conversation about what we both liked to read.  Finally, as we were starting to say our goodbyes, she held up her hand, walked over to a shelf and picked up this small book with a light green cover.  She then explained it was written by a local writer here Fort Collins and she wanted us to have it.  She personally thought it was very well written.

And now on to our review of E.A. Cook’s “Spanish Moss.”  The protagonist, Calvin, has been physically abused by his father most of his young life.  When the man attempts to rape him at the age of fifteen, Calvin kills him in self-defense and runs away.  Via hitch-hiking, he wanders aimlessly through the south for several years until one night he’s picked up by a sexual predator.  In his attempt to flee, the boy causes car to crash off a bridge and into the waters of a dark and foreboding swamp.  Hours later, while crouched on the limb of a tree; he is rescued by a Cajun named Esteen Robinaux.  Sensing the boy’s fear and fragility, Esteen brings him to his mother, Miss Jovetta Robineux.   Gifted with “the sight,” Miss Jovetta welcomes young Calvin into their lives and informs him that he now has both a home and a family for as long as he wants one.

Having never known such kindness, the lad accepts cautiously but soon learns there is nothing phony about the Robineux, they are exactly what they appear to be, good and loving people.  In time he also meets Esteen’s only child, a beautiful young woman named Sophie who happens to be a Medical Examiner for the parish.  It is through her Calvin discovers the tragedy that befell the Robineuxs when Sophie’s mother, on a trip to New Orleans, was brutally raped and murdered.  The killer was never found.  As his new life progresses, Calvin begins to mature in both body and mind.  Both Miss Jovetta and Esteen provide him with sage life lessons while Sophie, a third-degree black-belt in Kenpo karate, teaches her adopted brother how to defend himself properly.

Upon turning eighteen, Calvin decides that the best way he can repay them is to go to New Orleans and hunt down the monster that killed Camille Robineux.  Though saddened by this, the family respectfully accepts to his decision.  They send him off with their prayers and well wishes.  At this point, Cook’s narrative becomes a true mystery as Calvin, now calling himself Vin, starts his investigations in New Orleans by contacting newspaper reporter Jack Turpin and Police Detective Liam Nation, both familiar with the old case.  The plot is convoluted and ultimately twist and turns on itself like a crazy pretzel demanding that the reader stay alert as each new character brings a new clue to the unfolding drama.  Cook’s depiction of the city and its popular landmarks add an authentic layer to this fast paced story and there is very little wasted wordage.  His writing is lean and mean, delivering an abrupt but satisfying climax.

In the end, this little tome works nicely as an introduction to a cast of colorful characters we’d very much like to see return.  Vin Robineux and his remarkable family certainly deserve an encore.
Posted by Ron Fortier at 10:21 AM 0 comments 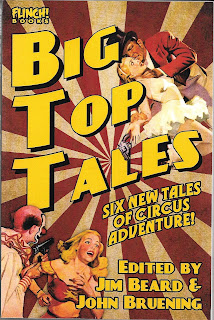 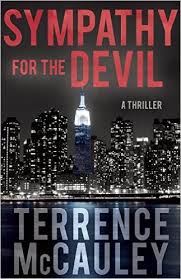 With Hicks, McCauley has given us another Matt Helm.  Hicks is a lone; tough-as-nails patriot with no ties or loyalties to anything but his country.  He is a dedicated shadow warrior who will do anything, to include torture, to completely annihilate his enemies.  He understands the barbaric nature of his foes and is more than willing to give them the same ruthless treatment they exhibit daily.  And in so doing, he steps off the pages of this fast paced thriller as a truly remarkable protagonist, unflinching is his purpose and lethal in its execution.  Finally, in James Hicks, Matt Helm has a worthy successor and one we want to see a whole lot more of.  “Sympathy For The Devil,” is one of those rare books that makes you sit up and cheer.  Don’t miss it!  You will regret it later.
Posted by Ron Fortier at 10:12 AM 0 comments