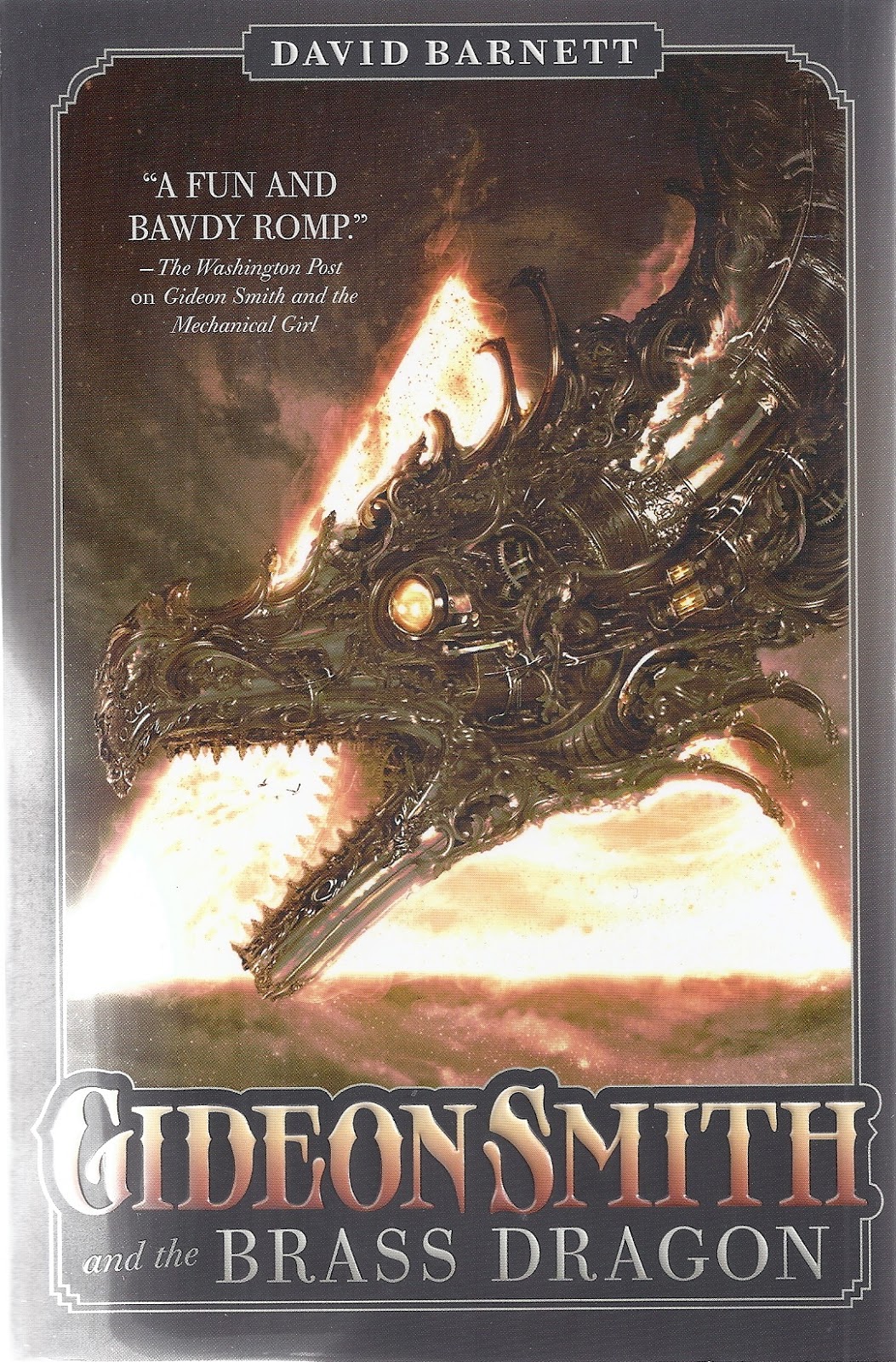 Last year we discovered a truly marvelous steampunk title, “Gideon Smith and the Mechanical Girl,” by David Barnett.  It was so audacious in its alternate-steam world presentation mixing original characters with figures from various literary classics.  It was such a joy to read, we nominated it for Best Pulp Novel of that year and, as with all fun reads, we fervently hoped that Barnett would grace us with a sequel.  That he has is a cause of much celebration and proving himself a genuine fantasy adventure master, he delivers a follow-up tale twice as grand as its predecessor.

It is months since the events chronicled in the first book a young Gideon Smith, the native of a small fishing village, has been named the Hero of the Empire by the Queen and has become an agent of the Foreign Service.  Accompanying him on his adventures is the corpulent journalist, Aloysius Bent, and the lovely airship captain, Ms Rowena Fanshawe.  After returning from an assignment in the South Pacific, they are ordered to British America to retrieve Apep; the mechanical dragon stolen by the Texas outlaw Louis Cockayne along with Maria, the clockwork girl.  This is a personal mission to Smith as he has fallen in love with Maria and is determined to rescue her from Cockayne.

But this America is primarily an untamed land with only its coastlines having been settled; the British in the east, the Japanese in the west and the Spanish to the south.  Upon their arrival in New York, they learn that Cockayne is hiding in the free Texas town of San Antonio now called Steamtown and run by Thaddeus Pinch; a cyborg gunfirghter named more machine than man.  Pinch is a sadistic fiend who operates the coal mines of Steamtown through the pain and suffering of hundreds of kidnapped slaves.

To save Maria and retrieve the Brass Dragon, Gideon and his friends have to battle a private army of cutthroat mercenaries and battle a prehistoric monster.  But as in their first adventure, they manage to recruit new allies among which are a genius Japanese inventor, an immortal freedom fighter known as Nameless and a beautiful Zorro-like senorita whose prowess with a rapier is deadly.  The action is non-stop, the locales both familiar and strange and all of it populated by some of the most colorful characters ever put down on paper.  “Gideon Smith and the Brass Dragon” is a rollicking adventure and for David Barnett’s second winner in a row.  We can only wonder what he has up his imaginary sleeve for book number three.