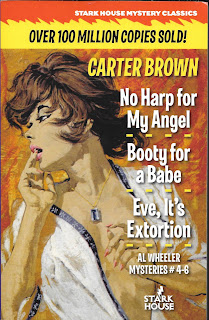 All in all, Stark House Mystery Classics delivers another great package celebrating the glorious days of paperback mayhem. This is one all mystery loves will appreciate.
Posted by Ron Fortier at 9:39 AM 0 comments