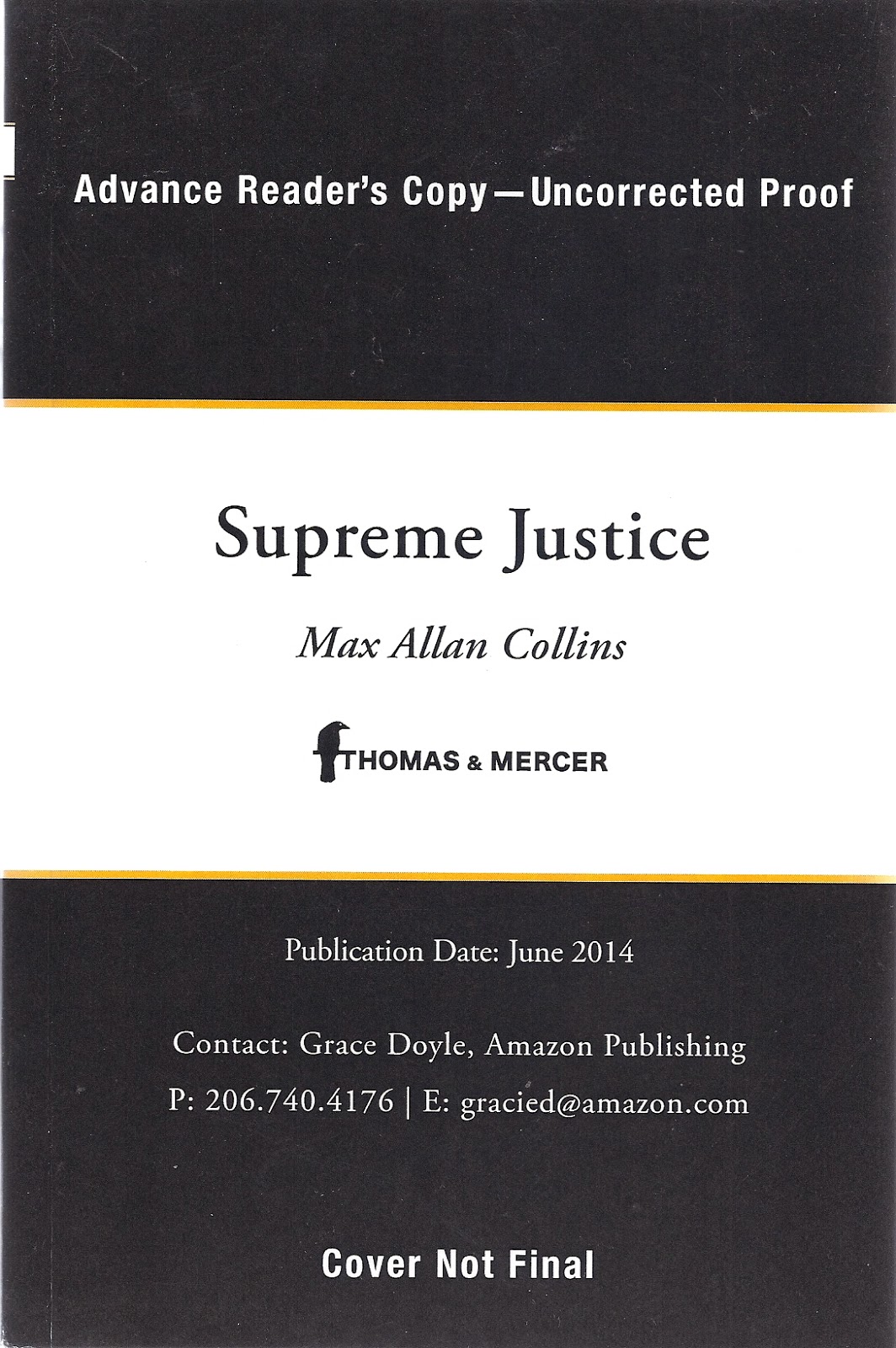 Collins’ ability to capture the social and political schism of our times delivers a truly frightening and plausible scenario.  “Supreme Justice” is a taut thriller you will not be able to put down once you’ve picked it up.  This is a master at work.
Posted by Ron Fortier at 7:54 AM 0 comments 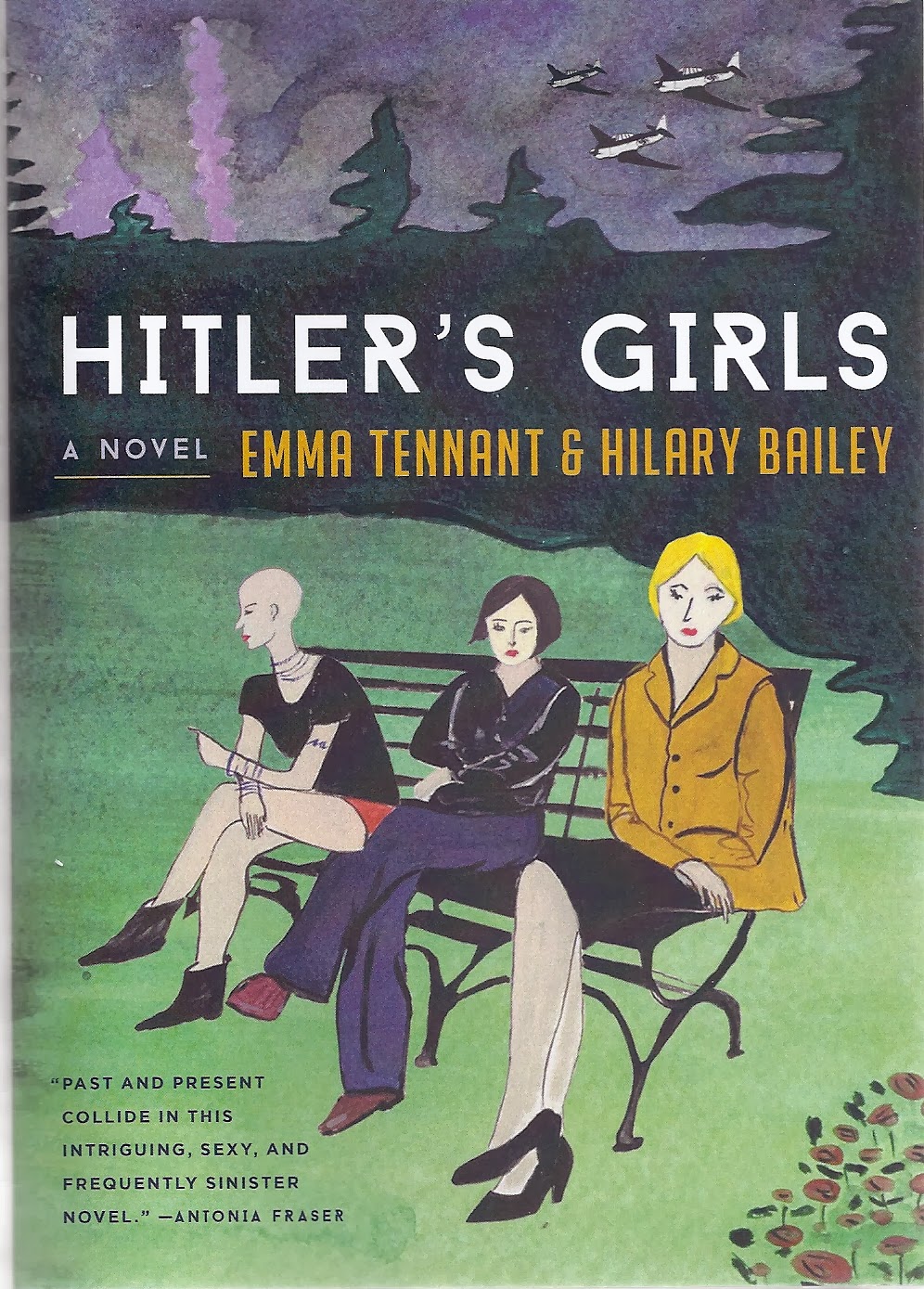 The title to this book intrigued us when we were first contacted by the publisher’s marketing representative.  In the write-up we learned this was a thriller whose plot revolved around a possible British heir to Adolf Hitler.  The book delivers that in a straight forward, slightly humorous vein that almost skirts the side of a Black Comedy, though it is clearly not that.

Matronly Jean Hastie is a Scottish art historian and as far removed from the traditional hero-figure most of us are use to seeing in such conspiracy tales.  When her childhood friend, Monica Sterling, whom she has not seen in many years. is murdered on her own doorstep by an all-girl street gang high on drugs, Jean travels to London to see after Sterling’s only daughter, Melissa, who is also her goddaughter.

Upon her arrival, she learns from the police that Mel is the primary suspect in her mother’s murder.  Then, Jean discovers Monica’s secret diary and learns the truth about her old school chum.  Monica was the daughter of a flighty British heiress, who, as a young woman, traveled to Berlin and was seduced by the leader of the Third Reich.  Born on a secluded island off the Scottish coast, the baby girl was given up to adoption by the secret society that had manipulated her birth in the first place.  Before the end of the war, Hitler and his stooges had locked away millions of dollars in a Swiss Bank account.  The account numbers were given Monica’s real mother and then later, in a very surreptitious fashion, passed down to her for safe keeping.

Upon learning of her true lineage, Monica was repulsed at being the daughter of such fiend and vowed to never let the conspirators discover the account numbers.  She is murdered only days after her last entry in the dairy and thus it is left to Jean to avenge her friend, save Melissa and thwart this new Nazis plot.  All in a day’s work for a Scottish art historian who abhors violence.  “Hitler’s Girls,” is something original in a well-worn genre and sparkles with both wit and suspense.  As ludicrous as the plot seems, once the characters begin telling their tales, we were totally seduced by it all.

One of the goals of Pulp Fiction Reviews is to showcase new and different books of quality and high imagination.  “Hitler’s Girls,” fills that bill…and then some.
Posted by Ron Fortier at 1:24 PM 0 comments 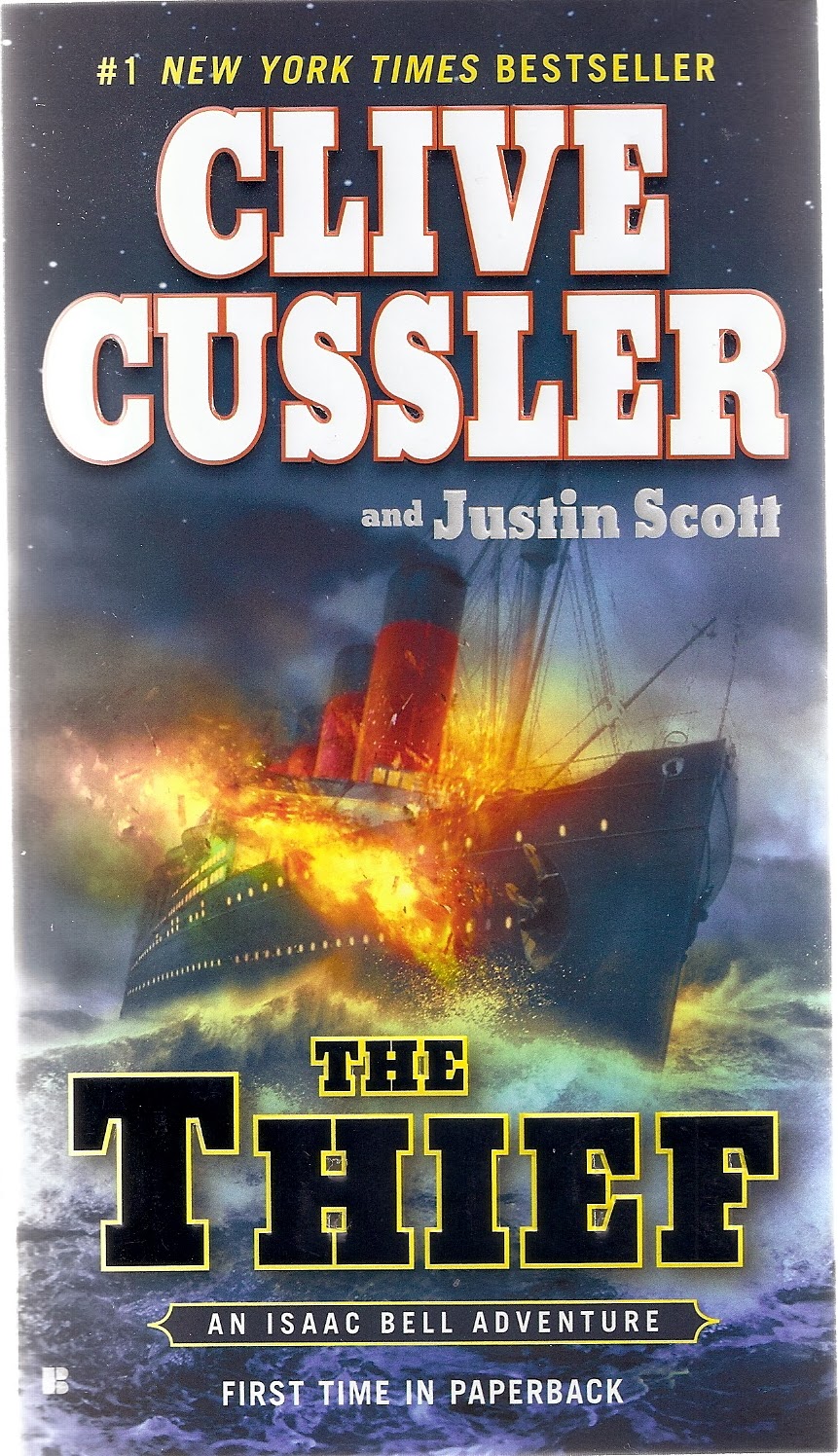 Before the ship can reach the docks of New York, the older inventor is murdered by a German spy known as the Acrobat leaving only his young protégé with the knowledge of how to produce the new “talking” film machines.  Bell vows to product the young man and escorts him to small town in California called Hollywood.  Along the way Bell has to stop several attempts to kidnap the inventor, all orchestrated by the Acrobat.  Although filled with authentic movie history set pieces, Scott keeps the action moving flawlessly leading up to a fantastic climax confrontation between Bell and the Acrobat you don’t want to miss.  Thumbs way up on another great Isaac Bell novel.
Posted by Ron Fortier at 1:57 PM 6 comments