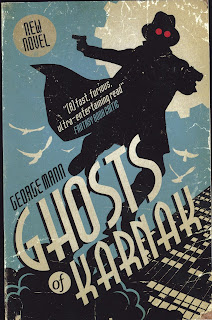 As ever, Mann spins a fast pace action tale with colorful characters who easily could have stepped out of the pages of any classic pulp magazine. The Ghost series is one of his best and something every pulp fan should pick up.
Posted by Ron Fortier at 9:21 AM 0 comments