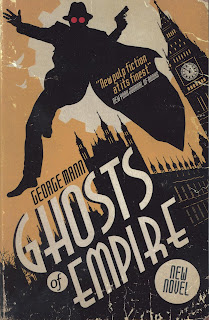 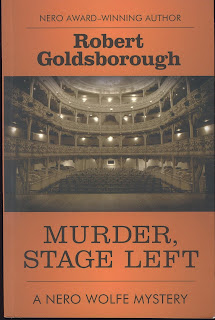 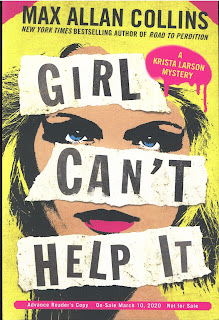 Most decent mystery series depend on solid characters we readers can empathize with enough to want to meet them again and again. While immensely enjoying “Girl Can’t Help It,” we appreciated Collins displaying the hometown charm of Galena and its citizenry so that we were reminded favorably of the late Robert Parker’s homespun copper, Jesse Stone of Paradise, Massachusetts. All in all, the Larsons second outing is as much a pleasure as was the first and once again we find ourselves clamoring for more.
Posted by Ron Fortier at 2:20 PM 1 comments 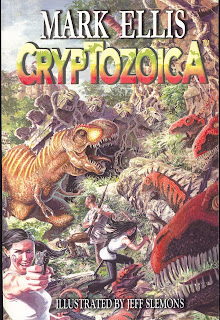 Mark Ellis is an accomplished writer with a long, impressive history of writing fantastic fiction. When we first heard of this book, a decade ago, we were intrigued. Having grown up reading lots of Lost World adventures from Conan Doyle to Burrough and Michael Crichton, we naturally wondered what Ellis would bring to the genre. Then, while at a local convention last year, we have the good fortune of sitting next to our friend, graphic artist Jeff Slemons. The same Jeff Slemons who had contributed the artwork to this massive tome and much to our delight he had copies for sale on his table. Months later, we’ve finally read “Cryptozoica” and find ourselves deliriously happy to have done so.

This book is wonderfully crafted right from the start with its tantalizing opening segment of Charles Darwin on his historical voyage aboard The Beagle to solve the mystery of evolution. The ship has found a strange island in the South China Sea occupied by creatures long thought extinct. When Darwin begins to speculate what this discovery will mean to the world, another member of the crew, Dr. Belleau argues the revelations themselves will actually stymie the progress of science allowing religious zealots to exploit the islands secret to their own prejudice ends. In the end the famous scientist acquiesces and for the next several centuries their discoveries are protected by a secret organization known as the School of Night.

With that introductory chapter out of the way, the story continues in our present time where three different parties are about to clash over the future of Big TamTung; the dinosaur island. The first is a wealthy financier with plans to turn the island into a tourist attraction and is represented by Americans “Tombstone” Jack Kavanaugh, his partner Augustus Crowe and their lovely Malaysian mechanic Mouzi. When several very rich patrons are killed on their first expedition, the entire enterprise is scuttled. The second interested group is the Bamboo Triad, a far reaching criminal organization represented by the beautiful Bai Suzhen and her rival, Jimmy Chao. Their own agenda concerns a mysterious substance supposedly residing at the center of the island and capable of altering the course of science and medicine forever. It is this fable Prima Materia that entices scientist Aubrey Belleau, great grandson of the Beagle’s medic to gamble everything he possesses to find it. Accompanying him is his deadly bodyguard, the brutish Hamish Oakshott and world renowned paleontologist Honore Roxton.

The first half of the book sets the table introducing the readers to this colorful cast with brief glimpses into their individual histories and the demons and dreams that will lead them to the dangers of the savage world. All of which kicks off in the second half and totally revs up the story’s pacing too full speed ahead. From their first encounter with a giant prehistoric crocodile, to blood-sucking leeches that fall from the trees, each page propels the action in a crazy non-stop ride that encompasses the best elements of all such pulp adventures.

Ellis is a brilliant writer and along with all the great pulp madness displayed, he also explores the origins of man with all its twists and turns, scientific facts and tons of unproven legends that have yet to be explored and revealed. All of which makes “Cryptozoica” a feast of plenty for all lovers of high octane adventure. Our only regret is it took us this long to find. Please do not make that same mistake.
Posted by Ron Fortier at 2:49 PM 0 comments