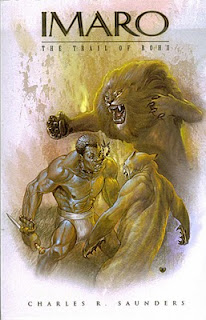 It is a journey into darkness, as the trio soon realizes they are mere pawns in a grander game being played by the forces of good and evil. At the center of this contest, Imaro, who while seeking retribution, unwittingly unlocks the mysteries of his own unique and turbulent past. The revelations he uncovers set the stage for the future of his amazing destiny. IMARO – The Trail of Bohu is a grand, original adventure filled with action and adventure, exotic locales and memorable figures that will soon have you cheering. It ends all too quickly, leaving us anxious for the next chapter in this fantastic series by a truly gifted storyteller.
Posted by Ron Fortier at 8:11 AM 2 comments 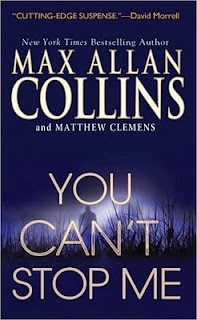 Exploring new territory between the mechanics of police work and the circus atmosphere of today’s Big-Brother media, YOU CAN’T STOP ME is a riveting, original spin on crime thrillers. It is an adventure in suspense that will have you up till the wee hours of the night. You’d better buckle up too.
Posted by Ron Fortier at 1:30 PM 1 comments