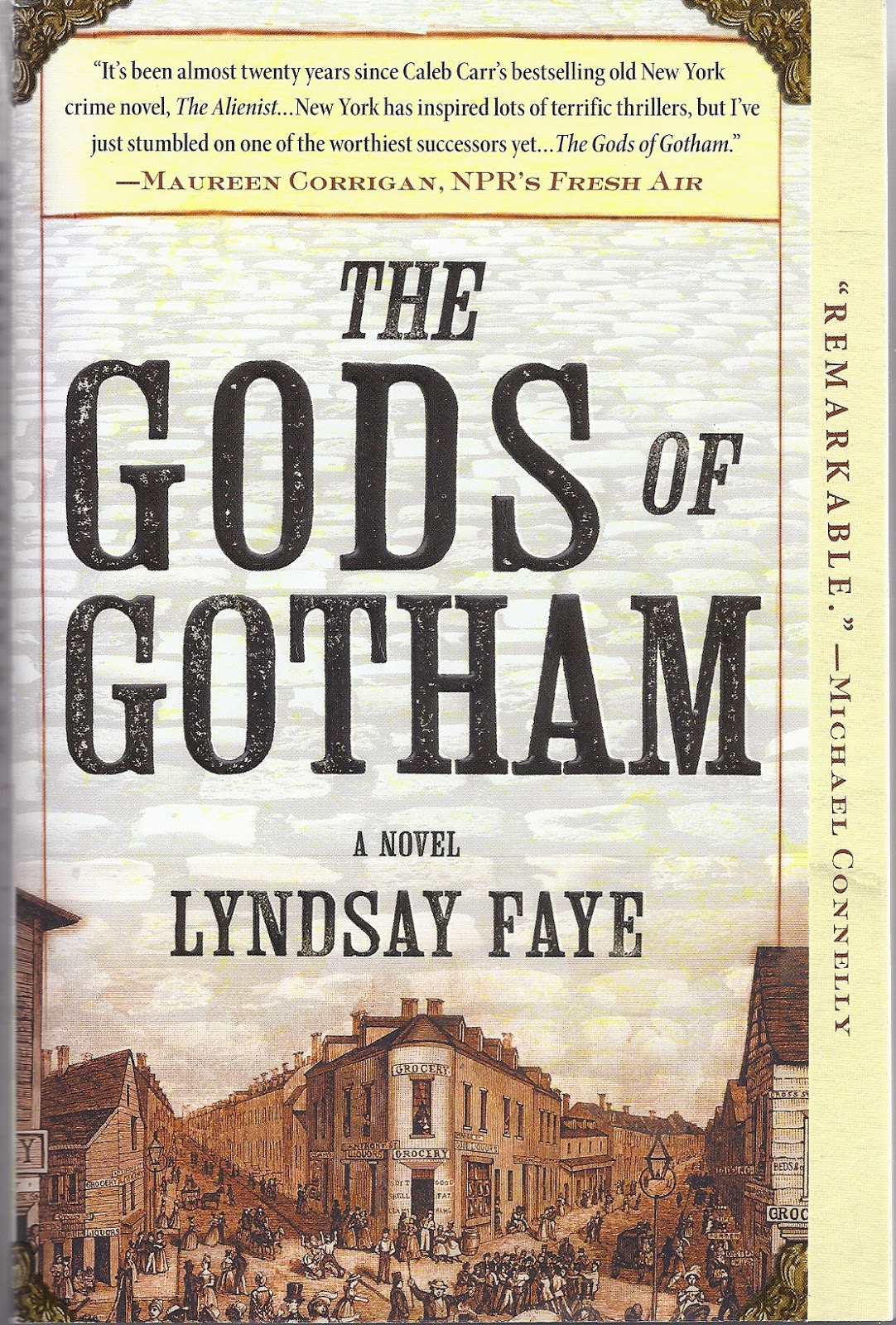 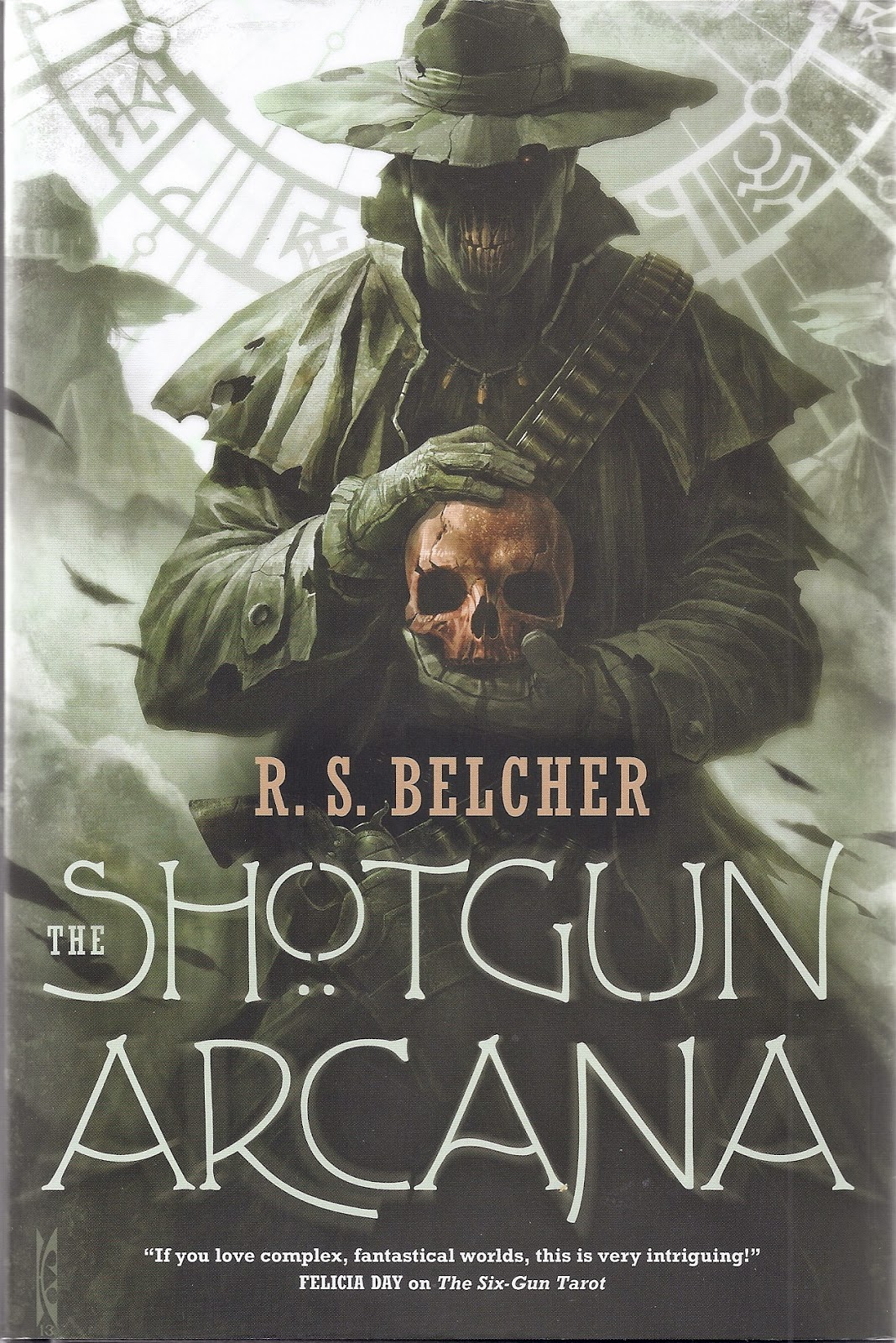 One of our favorite books of last year was “The Six-Gun Tarot,” by R.S. Belcher which we reviewed at that time as one of the most original, audacious weird western novels ever written.  Now comes its sequel and we totally need to find new, better adjectives worthy of this amazing follow up tale of the most haunted town on the frontier, Golgotha, Nevada.

The Mormon mayor possesses a magical sword and golden armor left to his father by the Prophet John Smith.  The richest man in town, Malachi Bick, is a fallen angel. The Sheriff, Jon Hightower, was once hanged; it didn’t take and now is considered some kind of immortal whereas his chief deputy is a shape-shifting half-breed named Mutt.  The widow Maude Stapleton is the three times grand-daughter of the pirate queen, Ann Boney and the town blacksmith, Clay Turlough is a frustrated scientist attempting to raise the dead with the blood from unholy worms. These are but a handful Golgotha’s colorful citizenry.  There are many more, all of whom eventually play a role in the story’s central plot.

Raziel, another fallen angel calling himself Ray Ziel, has come to Golgotha to find the skull of the first mortal ever murdered.  Within this aged relic has been imprisoned the essence of destruction.  Should the skull be destroyed then this malevolent spirit would be released and infect all humans; turning them into mindless creatures of death.  This is Raziel’s goal and to achieve it he sends out an ethereal call throughout the world calling only the most savage, cruel, monstrous people to heed his summons and come to Golgotha.

Thus Bick must ally himself with Sheriff Hightower and his supernaturally gifted associates in finding a way to battle Raziel and defeat his army of butchers before they can lay waste to the town and capture its treasure, the possessed skull.

The action never lets up for a second and Belcher juggles all his wonderful characters with a master’s touch, allowing each ample time with their various subplots while moving the main narrative forward.  It is an unrelenting pace and the suspense mounts rapidly until upon reaching the final battle between good and evil, the reader is transfixed; mesmerized in such a skillful way unable to stop until the final page has been devoured.  Weird westerns are easily one of the most popular genres of new pulps today and no one writes them better than R.S. Belcher.  “The Shotgun Arcana” is a fantastic book lovers of the macabre are going to applaud long and hard.  Miss this one to your  regret. 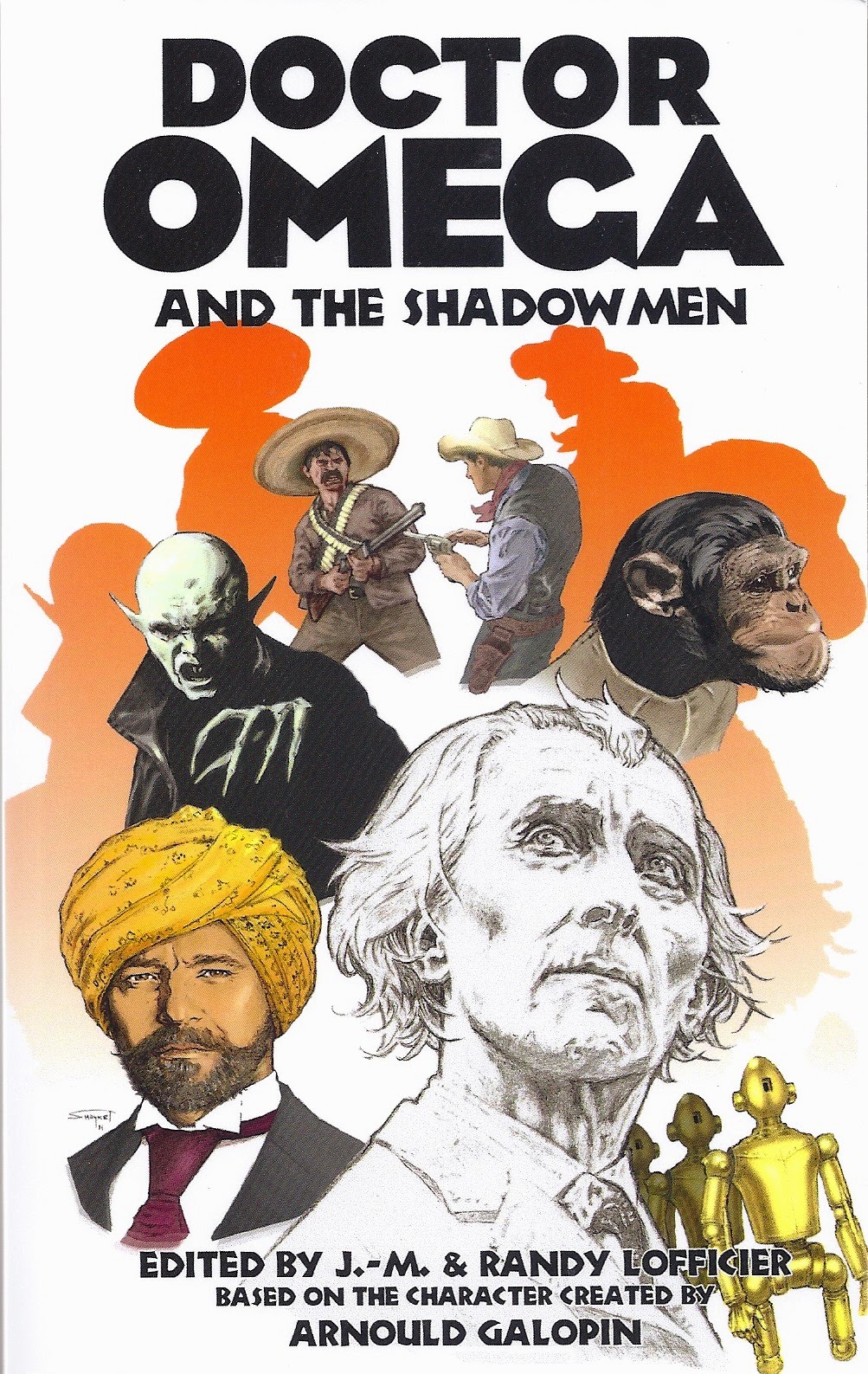 “Doctor Omega and the Shadowmen” is one of the best anthologies released this year and it is guaranteed to entertain fans of the fantastic.  Do yourselves a big favor and pick up copy.  You can thank us later.
Posted by Ron Fortier at 2:09 PM 0 comments