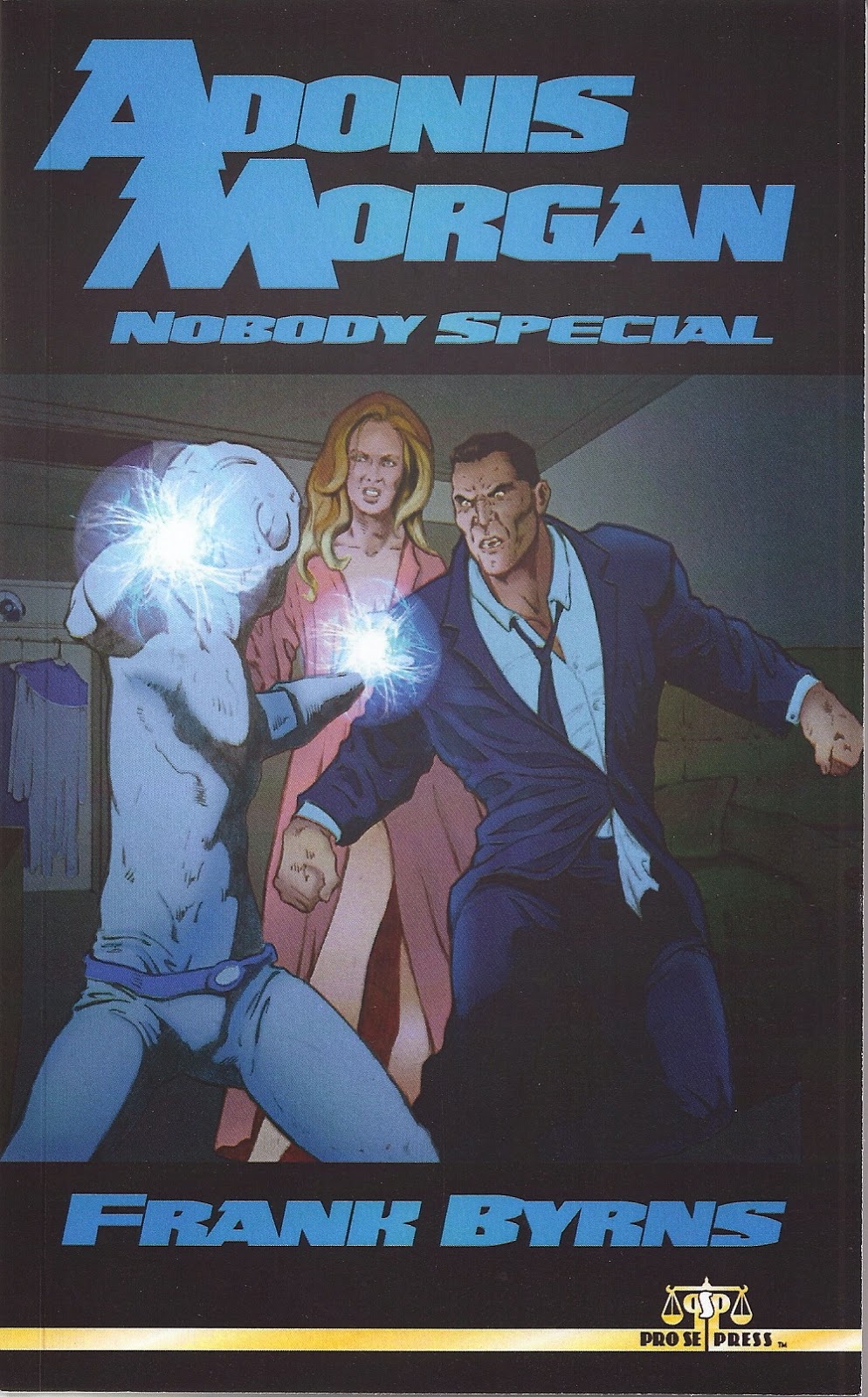 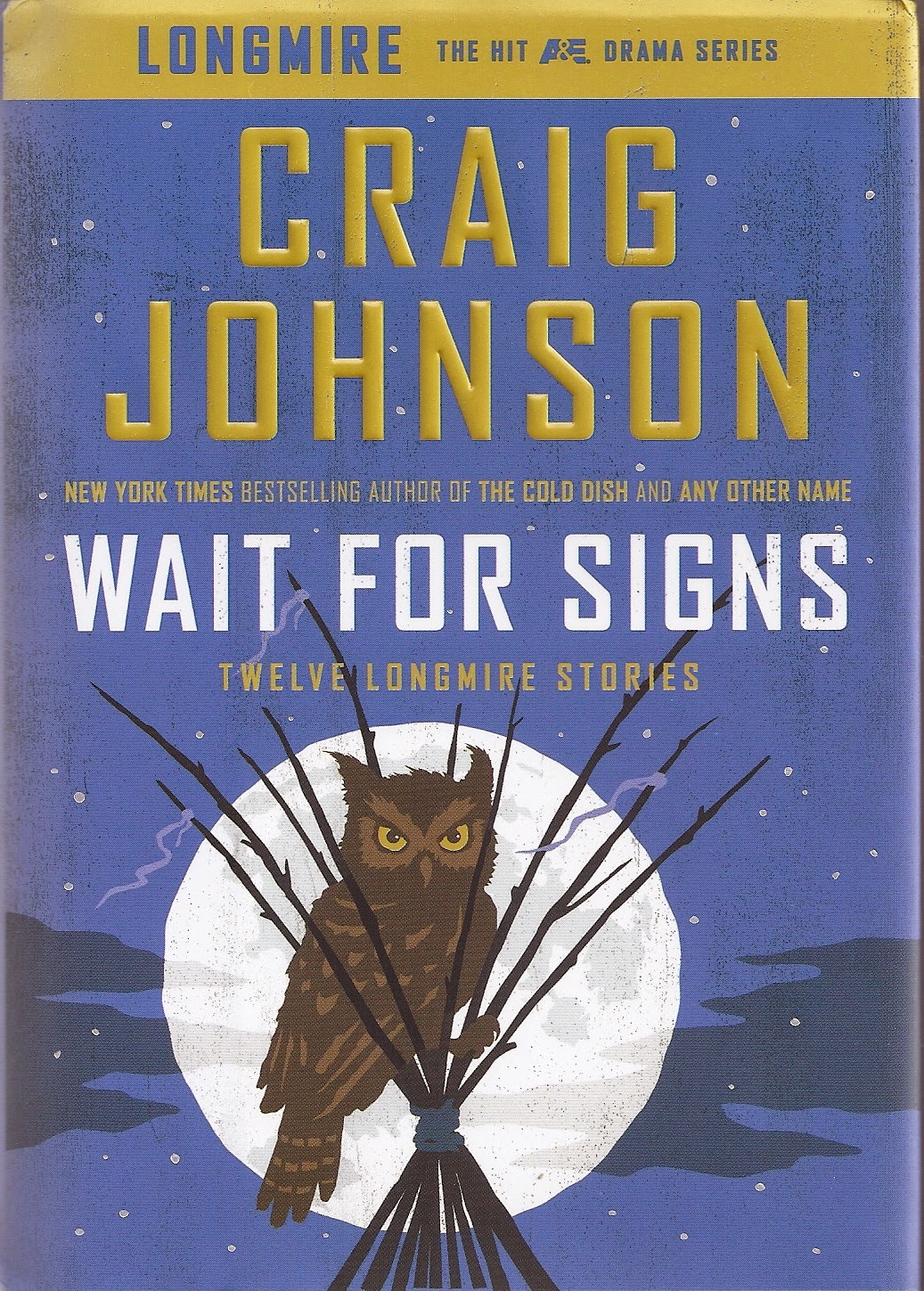 We reviewers are always trying to come up with fancy descriptions that will instantly cue the reader into exactly what kind of experience awaits them in the title we are reporting on.  It’s that tight-wire routine of giving away just enough of the idea without spoiling the actual contents.  With any Craig Johnson Longmire title, that’s not all that difficult.

Like the best fictional detective series ever put to pen, the joy in these mysteries is always the characters themselves with the actual who-dunnits really only an excuse to visit them time after time.  And the Longmire books are no exceptions.  Rather they excel at this process and every time a new one comes out, we can’t wait to spend more time with Sheriff Walt, Deputy Vic, George Standing Bear and all the marvelous characters who inhabit Johnson’s Absaroka County, Wyoming.

Over the past years, since beginning the series, Johnson has written a dozen short stories dealing with this series.  Some are poetic epilogues to certain novels while others are simply stand alone vignettes that do not require any real familiarity with the books.  What they all have in common is Johnson’s grasp of humanity with all its foibles and his unique homespun humor.  Here’s the bottom line, if Mark Twain had written mystery stories, they would have read a whole lot like the dozen between the covers of “Wait For Sign.”  That’s the best compliment this reviewer can offer. 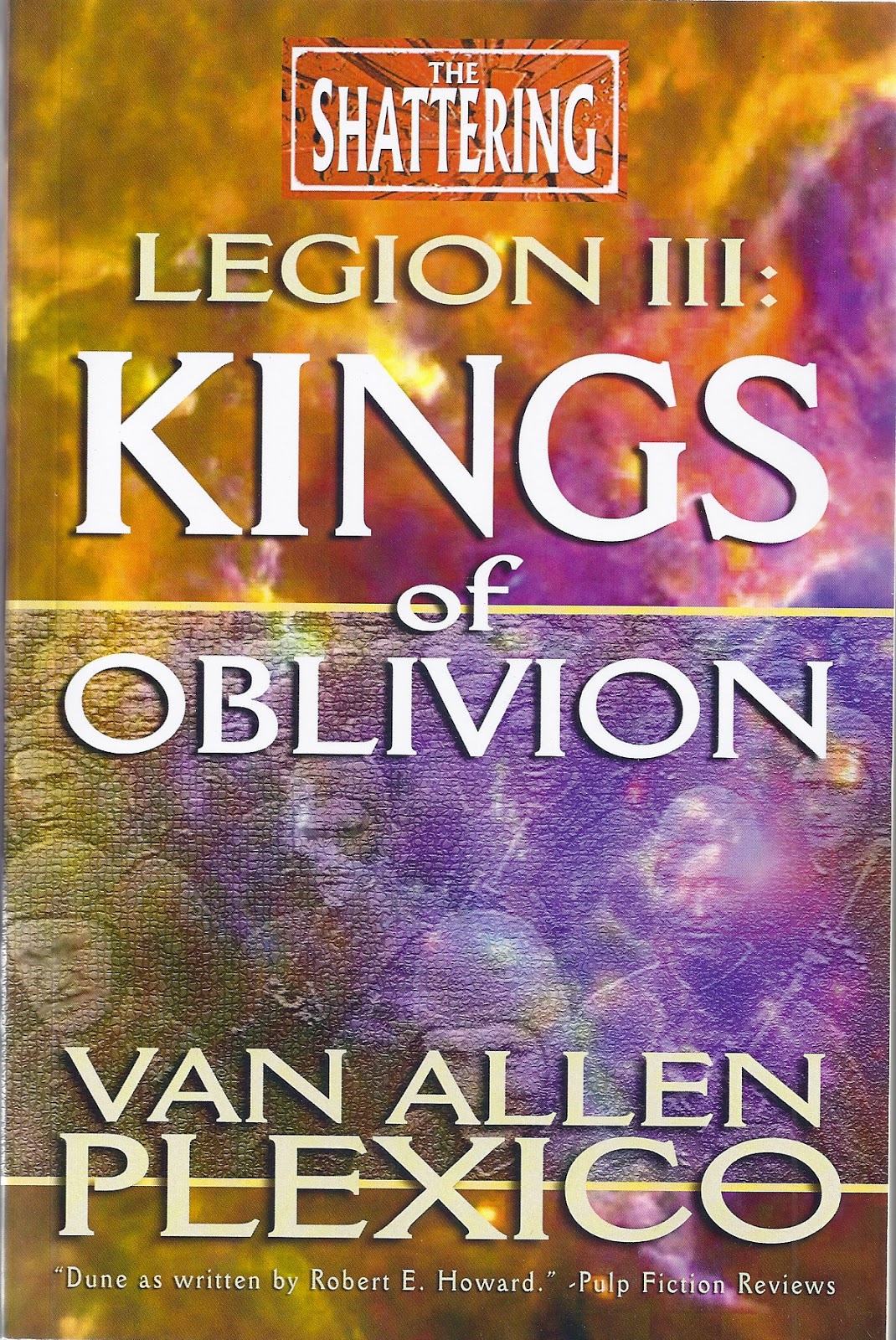 For those of you who haven’t been keeping up, this is the third and final volume of Van Plexico’s THE SHATTERING trilogy. It is a mind-blowing, action packed finale far greater than anything we could have imagined.  Which is no small feat as we’ve been fans of Plexico’s writing since he burst on the scene with his superhero series, SENTINELS.

With THE SHATTERING books, Plexico’s love 80s and 90s science fiction comes shining through so that we can actually feel the influences of such writers Roger Zelazny and Larry Niven resonating throughout these adventures.

KINGS OF OBLIVION picks up where all the multi-cliffhangers from book two, SONS OF TERRA, left off.  There are three levels of existence, the Above where the gods dwell, the Middle, or our reality, if you will and the Below where dwell all manner of hellish demons.  One such evil entity has been attempting through various devious manipulations to extend his control to mankind’s level and thereby become the lord and master of the known galaxies.  To achieve this end, the Man in Black has recruited the aid of several alien species and begun an all out assault on the universe.  Gone are the subtle, Machiavellian ploys of the first two books.  This foul beast, having been constantly thwarted by a handful of brilliant and tenacious soldiers, is now determined to totally shatter what he cannot possess.

Standing in his way are Legion Generals Agrippa and Tamerlane who in turn have allied themselves with members of an alien warrior race, the Dyonari and several of the last remaining gods from the fabled Golden City.  Together, this small ragtag group has overcome overwhelming odds while at the same time avoid killing each other in the remnants of a political coup wherein one of their own, General Iapetus, attempted to usurp the royal throne.

If you like rousing space battles, desperate last stands and daring heroes, you are not going to do any better than LEGION III : KINGS OF OBLIVION.  We said it before and it bears repeating, Van Plexico is the Master of Space Operas.  This latest entry cements that beyond any doubt what-so-ever! 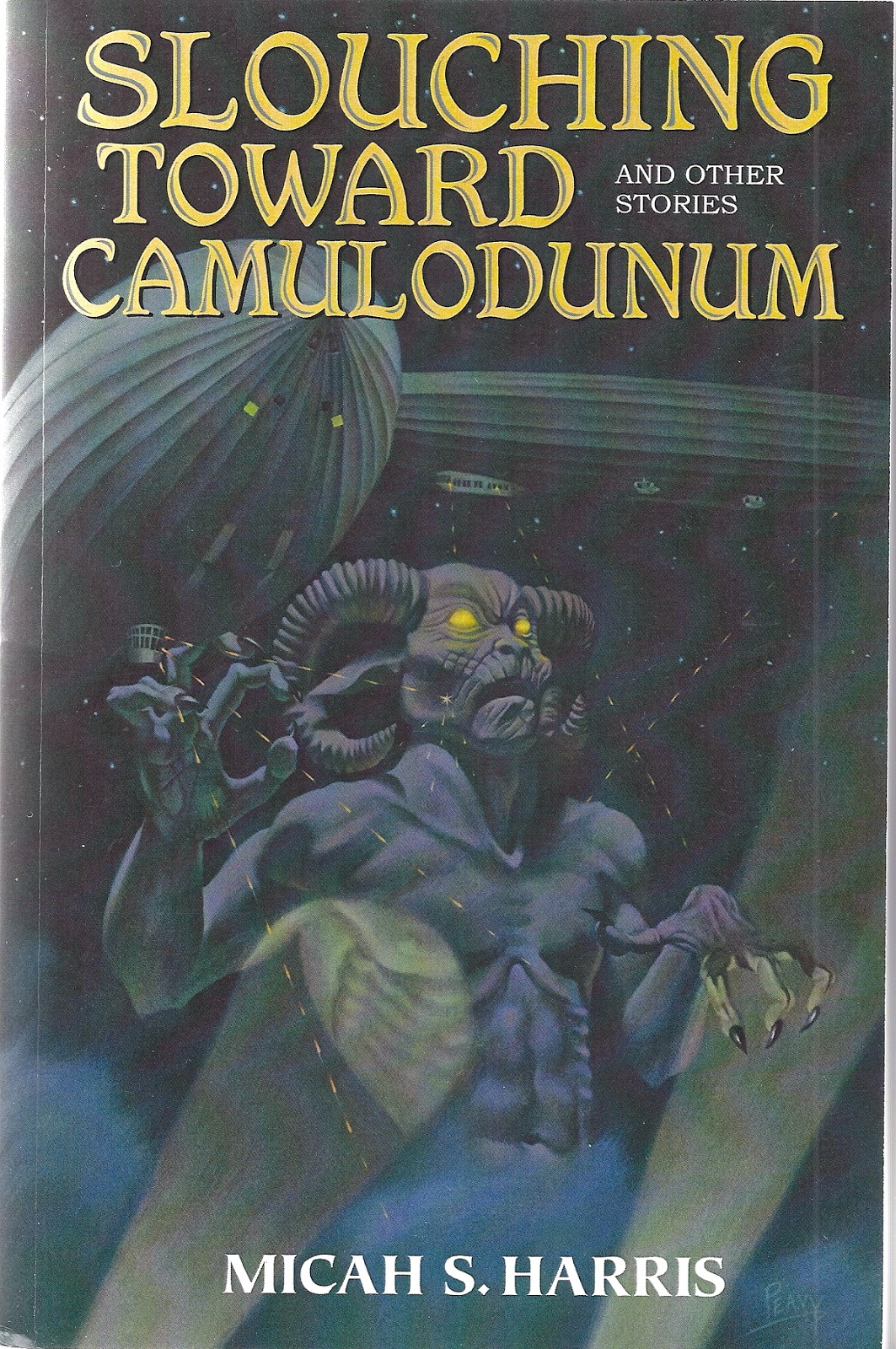