THE DECENT INN OF DEATH 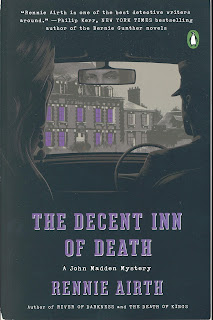 The joy of this novel is the meticulous preciseness in which Airth lays out his tale. Described as a “police procedural” the story’s pace is deliberately set and the writer is in no apparent haste to tell it. Unlike the tensions we often find in American mysteries of this kind, Airth’s prose relishes the details, the dialog and the atmosphere beautifully. This skillful chapter by chapter unraveling builds to a truly suspenseful and highly dramatic climax we found perfectly realized. “The Decent Inn of Death” is a beautiful work of fiction as offered up by a writing master. We heartily recommend it.
Posted by Ron Fortier at 2:06 PM 0 comments

VERSES FOR THE DEAD 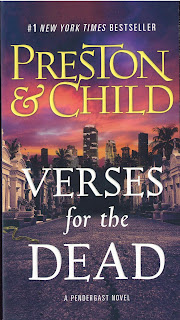 The Pendergast thrillers have remained our favorite ongoing pulp series ever since one of dear friends sent us a copy of “The Cabinet of Curiosities” ages ago. Upon reading it, we were instantly mesmerized by the character of FBI Special Agent Pendergast and his most unique methods of solving mysteries. With each new book, of which this is the eighteenth, critics began echoing each other in labeling the character a modern American Sherlock Holmes. Though we don’t find any fault with that title, we on the other hand long ago compared the white haired Pendergast with the Shadow. He’s truly one of a kind individual, trained in dozens of arcane arts, master of hand-to-hand combat, and has a group of devoted skilled experts in various sciences willing to assist him the second he calls.

Thus when a new Pendergast paperback hits the racks, we are overjoyed and anxious to discover what new horrors he will encounter and combat. With “Verses for the Dead,” Pendergast his sent to Miami by his boss, FBI Director Pickett, to hunt down a bizarre serial killer who murders young women, cuts out their hearts and then leaves those grisly organs on the graves of other women; all who have died by suicide. If such a puzzle wasn’t enough for the austere detective, Pickett, knowing of our hero’s penchant for being unorthodox, saddles him with a partner; one whose second mission is to ascertain everything in the investigation is done by the book.

One of the real treats of any Pendergast adventure is the marvelous supporting characters Preston and Child introduce do us to along the way. This, as I alluded above, has led them to create truly memorable men and women who invariably become permanent additions to large cast that inhabits Pendergast’s world. In this particular assignment we meet two new such remarkable people. The first is “the partner” Pendergast must work with, an FBI agent of Lakota Sioux descent named Coldmoon who enjoys a rather peculiar beverage. We won’t spoil it for you. Coldmoon is a skilled agent and just as dedicated as Pendergast to finding the killer. The fun of how their different personalities clash at the offset is worth the price of admission. Then there is the beautiful African American Miami pathologist, Dr. Charlotte Fauchet, whose expertise become invaluable uncovering clues to the killer’s methods and history.

Like all such plots, our hero and his allies are racing a deadly clock hoping to unmask the killer and stop him (or her) before they can claim another victim. With each new chapter, the narrative drives forward like a speeding race car until it comes to its powerful and hair-raising climax. “Verses for the Dead” is by far one of the stellar gems in this thriller necklace and if you’re a Pendergast fan, you are in for a wild reading experience. If you aren’t, then it’s pretty much high time you became one.
Posted by Ron Fortier at 2:32 PM 1 comments 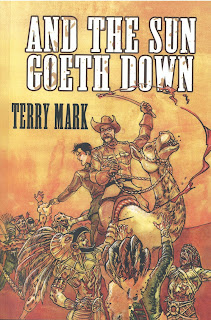