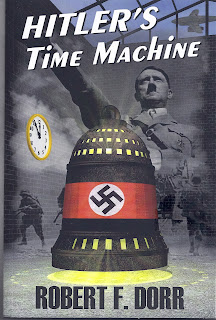 In fact, it is this attention to historical detail that makes “Hitler’s Time Machine” so fascinating. Unlike the majority of overly verbose thriller writers today, Dorr’s exposition is sparse and to the point. He doesn’t waste words but creates quick scalpel sharp scenes that built upon each other to reach a suspense filled climax.  Ever wonder what kind of science-fiction Tom Clancy might have written? Look not further than “Hitler’s Time Machine.”
Posted by Ron Fortier at 2:26 PM