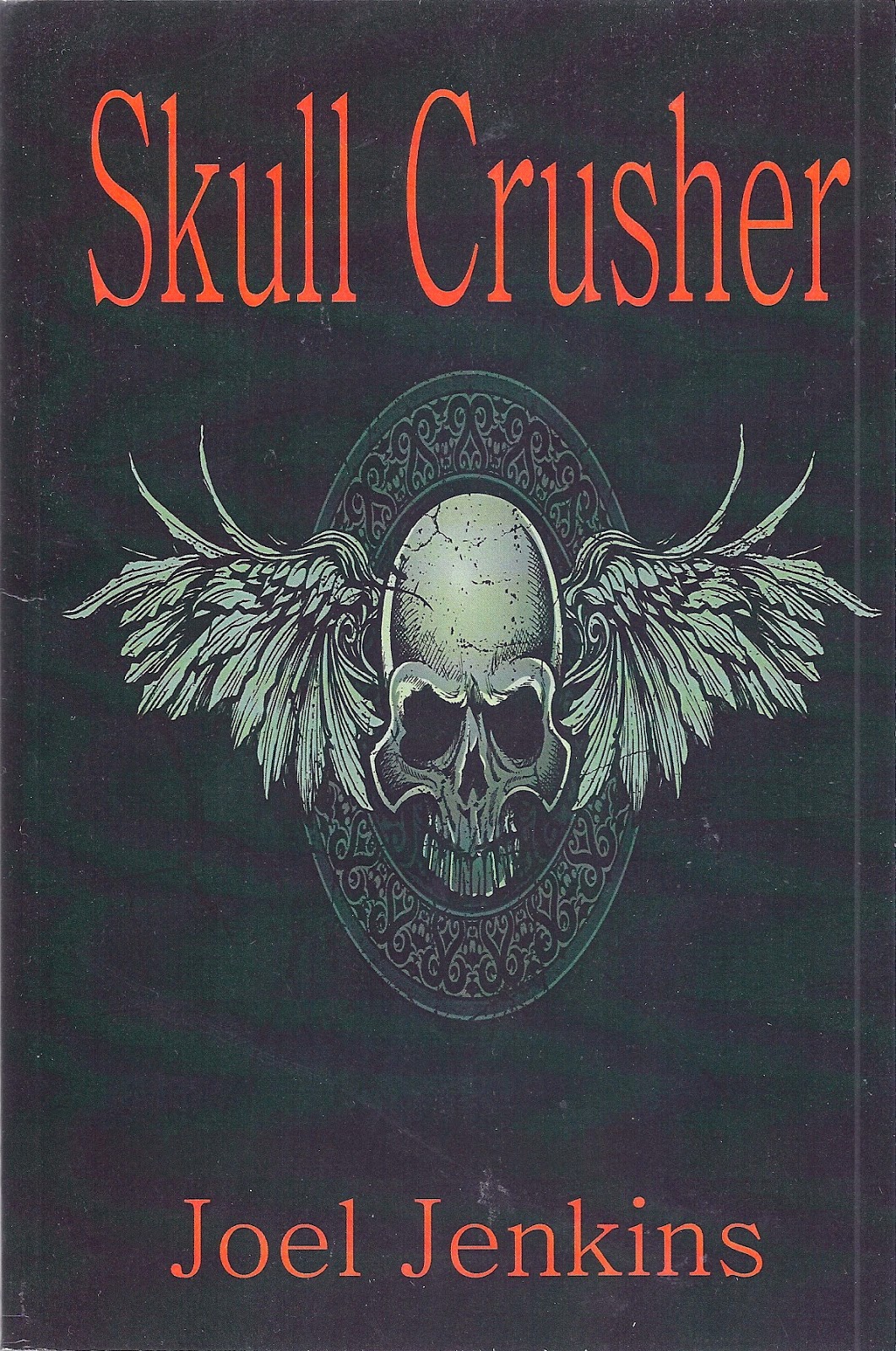 One of the many aspects of Joel Jenkins’ writing is how innovative it is.  It seems he is always putting a new spin on old concepts.  This was never more prevalent to us then when reading his latest book, “Skull Crusher.”  Set on the alien world of Carapath where heat-powered balloon ships sail the skies and empires are ruled by sword and magic, we were reminded of the old “Gor” paperback series made famous by the artist Boris Valejo’s barbarian and half-naked slave girl covers.  There is a great deal in “Skull Crusher” that echoes those salacious titles.

Strommand Greatrix is a warrior prince with a weakness for woman.  This is exploited in the opening chapter when a beautiful temptress seduces him with both her voluptuous body and goblets of drugged wine.  When Strommand awakens, his beloved city of Covallis has been overrun by an invading force and his entire family, father, mother, siblings….all have been slain by a sadistic general named Bastor Megalith; the merciless henchman of the Emperor Damion.

Realizing how easily he was duped, Strommand, while managing to escape into the desert wilderness, makes a vow of celibacy.  He will not have sex or imbibe in any alcoholic drink until he has defeated the evil Damionites and put his uncle, his last living relative, on the throne of Covallis and seen it restored to its former grandeur.  Of course the second he makes this oath, he is immediately put in the proximity nubile wenches through a series of adventures.  One such is the alluring Amber, a slave girl he encounters and frees from the clutches of cruel desert bandits.

And here is where Jenkins turns his tale on upside.  Up until this point, the book is related in Strommand’s first person narration.  Now, at the half-way point, Amber takes over the story-telling and we quickly discover she is really a conniving, selfish character who will do anything to win the handsome’s Strommand’s affection and eventually become his queen when he returns to Covallis and completes his bloody mission.  Amber is a vile creature and will stop at nothing, including murder, to achieve her ends.

That Jenkins can easily switch between her and his protagonist, Strommand Greatrix, is truly marvelous and again we applaud in his ingenuity.  “Skull Crusher” is the first in the series and is jammed packed with lots of great action, both on the ground and in the air; it also leaves this reviewer impressed, delighted and most anxious to see what comes next.