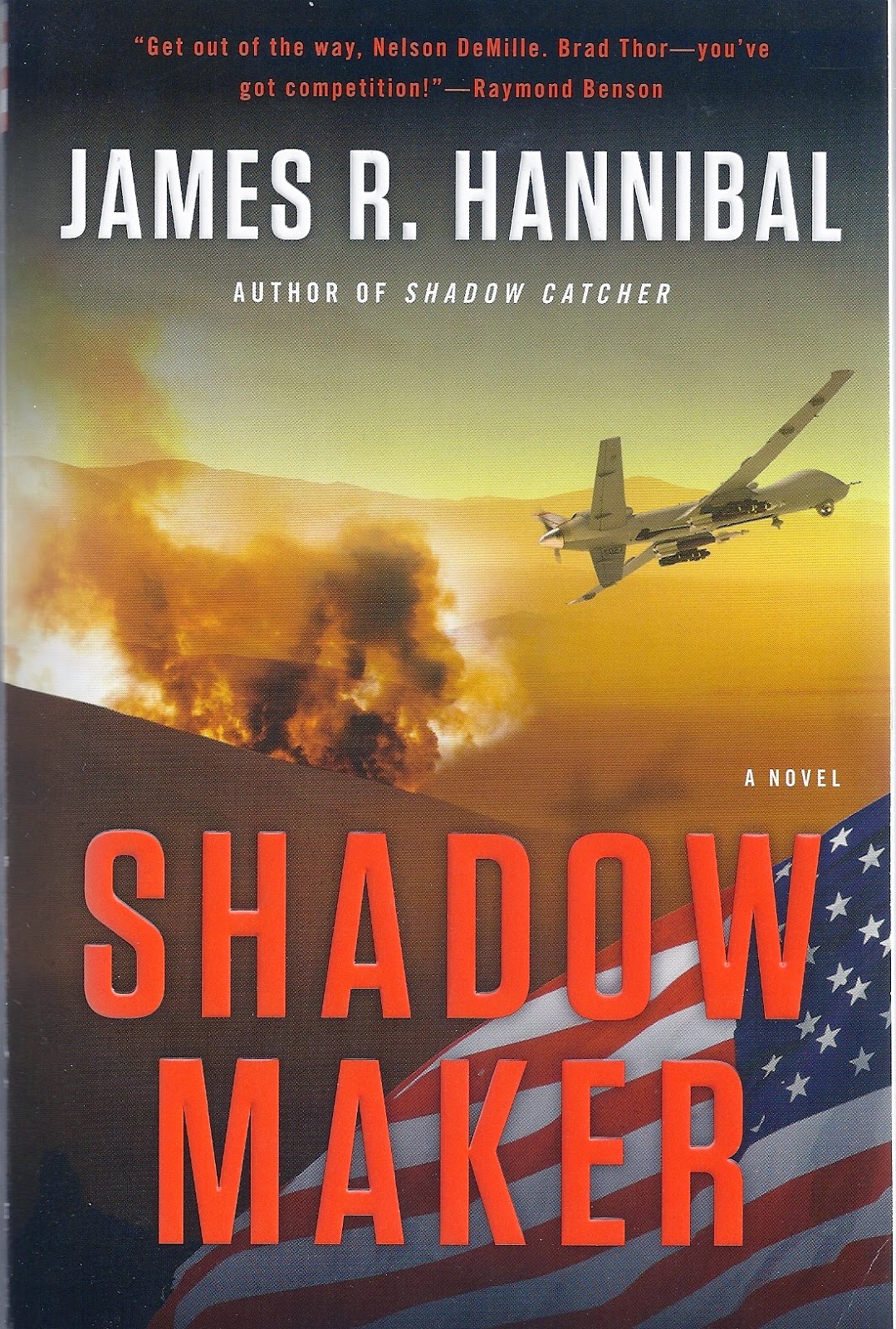 As promised, upon finishing the first Triple Seven Chase adventure, “Shadow Catcher,” we jumped right into its sequel, “Shadow Maker” and having just finished it, a little R & R was order.  Phew!  Somehow Hannibal manages to amp the action, suspense and all-out thrills in this second book featuring Major Nick Baron and his allies.  The stakes are also higher as Baron finds himself dueling electronically across the globe with an insane Chess Grandmaster seeking revenge for the death of his father at Baron’s hands years earlier.

Identifying Baron’s colleagues and family as chess pieces, the Emissary, as he calls himself, plots various terrorist acts according to classic game maneuvers.  Somehow, despite Baron and his pal, Major Drake Merigold’s best efforts, their cunning foe manages to stay one step ahead of them.  From a bombing assault on Washington D.C. to a gun battle in the catacombs of Turkey and a gas attack on London’s financial district, the Emissary and his league of fanatical Hashasins leave an escalating trail of death and destruction behind them.  One by one Baron’s associates are shot, poisoned and crippled systematically as the twisted sadistic genius plays his evil game.

In the end a biological weapon threatens the U.S. while a Nuke is primed to detonate in Jerusalem simultaneously.  Even the intuitive and gutsy Nick Baron can’t be in two places at once.  As the action races towards the final confrontations, Hannibal skillfully whips up a frantic climax that will the reader’s heart beating faster all the way to the very last page.  Sequels are always a daunting task, having to bring back characters one’s readers have come to know while at the same time creating new threats and challenges so as not to retread the same old thriller clichés.  At the heart of both books, Baron’s love of family is the connecting chord that makes him a true, vulnerable hero that we can cheer for as he battles impossible odds.

With Major Nick Baron, Hannibal has given us a new pulp hero that continues to ascend in reader popularity.  Thumbs way, way, up for “Shadow Maker.”  This reviewer can’t help but wonder…what comes next?