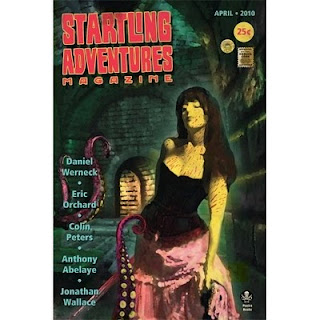 And there you have volume number of Startling Adventures Magazine. A tip of the pulp fedora to Daniel Werneck and company. This little book isn’t about to conquer the world, but it does entertain and in the end, isn’t that what the pulps were really all about?
Posted by Ron Fortier at 2:41 PM