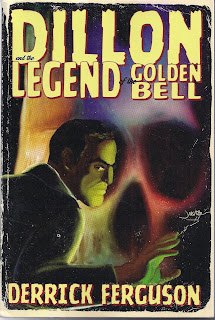 One of the sad truths of the old pulp era was its exclusion of minorities by both color and gender. There simply were no major black or female pulp writers, if any at all. Now Derrick Ferguson is among an elite group setting the ship alright, and he does so with a genuine flair and love of the genre. Dillon is part Indiana Jones, part James Bond and a whole lot of Imaro. And one of my personal favorite pulp heroes. He should be one of yours too.
Posted by Ron Fortier at 2:16 PM