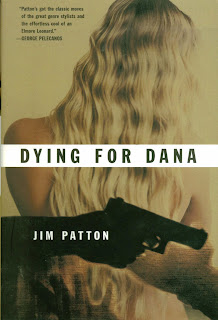 Max Travis is a tough as nails District Attorney whose personal life is a mess. He’s had two failed marriages and just can’t seem to connect with the right woman. Then within a period of two days his routine world is turned topsy-turvy by two supposedly unrelated events. The first is a home invasion at his friend’s place that goes tragically awry and leaves another pal shot and in a coma. The second is his accidental meeting of a sensational looking divorcee in his favorite bar only a day later. The hot blond, Dana Waverleigh, looks like she just came off a Penthouse centerfold and Max falls for her like the proverbial ton of bricks. From her immediate, sexual response, Dana seems to be feeling the same things and the two begin a highly charged affair.

Travis is at a place in his life where idea he may end up a cantankerous old bachelor seems to be evolving into a self-fulfilling prophecy. So much so that he overlooks the facts that Dana has two daughters from her past failed relationships. That should warning enough that there is something psychologically wrong with his new paramour. But the sex is great, the dream of making one relationship work is just too strong. Max soon finds himself lost in Dana’s charms.

When another horrible shooting occurs and ballistics matches the bullets to the gun used in the home invasion, clues begin to drop that Dana’s association with Max is not an accident of chance but there exist a tenuous connection to the drug-addled killer on the loose. Can the love-sick D.A. come to his senses before somebody else dies? Patton’s writing is crisp and concise with an economy of verbiage I found absolutely perfect for this kind of noir melodrama. He has an ear for dialogue that rings true and a bitter sweet sympathy for all his characters, whether good or evil.

DYING FOR DANA is a solid entry in the ranks of crime-fiction that I recommend it strongly. It’s a good read that completely satisfied me by the end.