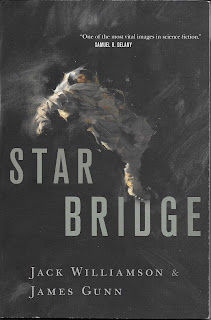 “Star Bridge” is a great book worthy of being a science fiction classic. We’re glad we finally had a chance to enjoy it. If you haven’t yet, we urge you to do so soon. You won’t be disappointed.
Posted by Ron Fortier at 4:01 PM