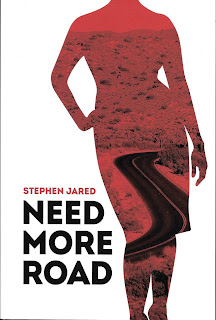 The hallmark of noir fiction is a climatic finale that is most often tragic. Whereas Jared’s last third of “Need More Road” doesn’t go anywhere. It just stops. The book has no solid ending to justify its powerful first half. At the end we are left with an exercise in good writing.  In this genre that is just not enough.
Posted by Ron Fortier at 10:55 AM

It's always a shame when a promising new thriller doesn't know how to resolve its own plot. Ah, well. A strong first half is better than many can manage. Cheers for the review, it was a good read.