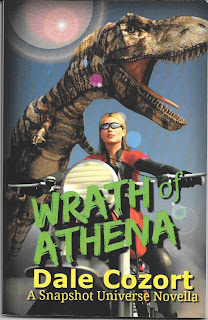 Cozort has a whopping fun time with this tale and his characters are charming.  Enough so that the reader immediately take to them and their odd dilemma.  The Snapshot world is a crazy hodgepodge of Sci-Fi stables skillfully employed as an exotic backdrop to a really enjoyable and fast paced novella.  If you like the exotic, you’ll find get your fill with this marvelous little book.  Enjoy.
Posted by Ron Fortier at 2:20 PM

Hmmm. I was hoping it was some sort of fumetti comic.