THE LEGEND OF CALEB YORK 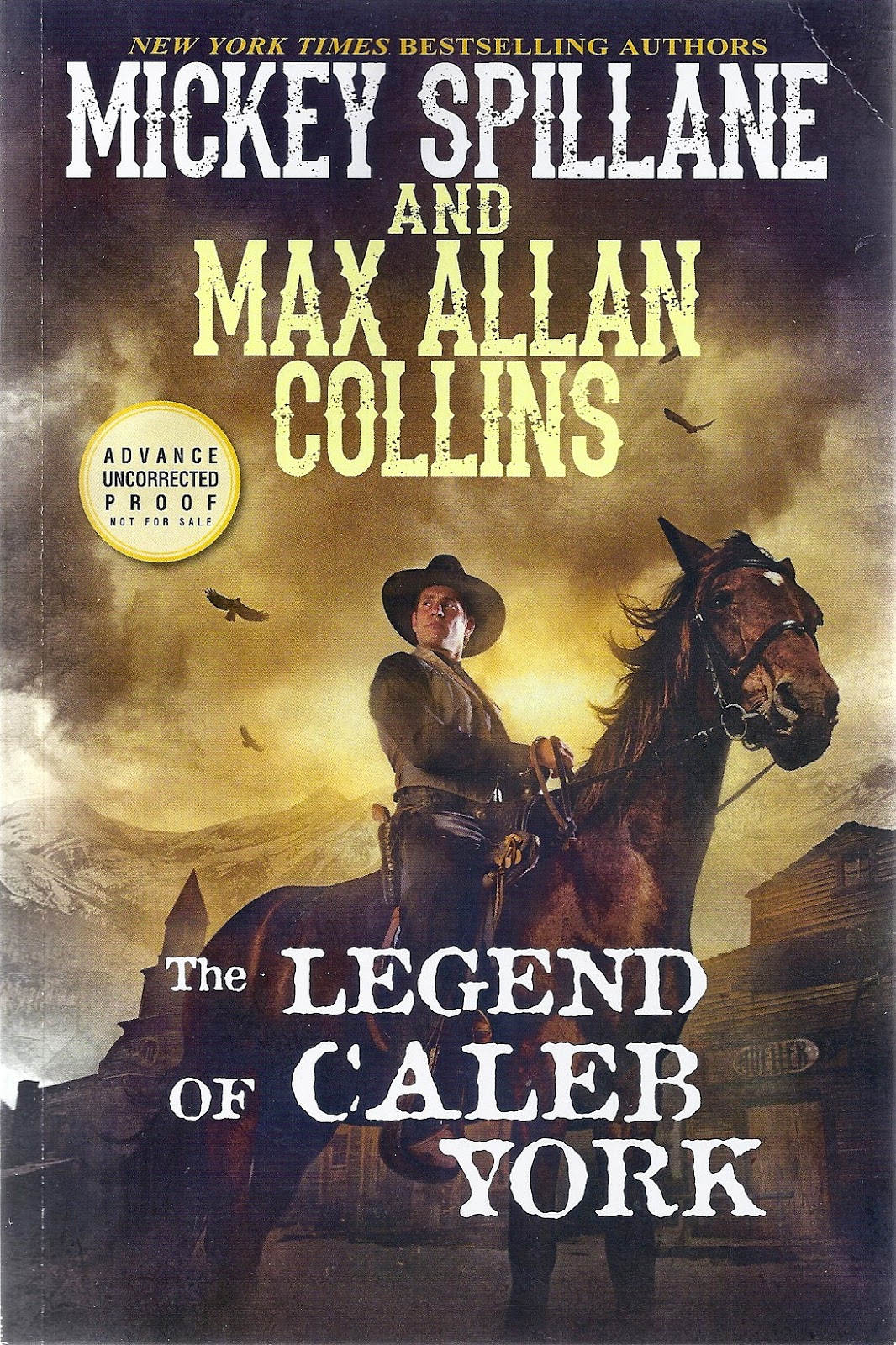 Say the words Mickey Spillane and most readers will immediately Mike Hammer and hardboiled mysteries.  Perhaps the furthest thing from anyone’s thoughts would be a classic western adventure.  Which is exactly what this book is and its history is as fascinating as the tale it tells.  In his introduction, Max Allan Collins relates the friendship that existed between Spillane and John Wayne, one of the most famous western actors to ever grace the silver screen.  He believes it was this camaraderie that inspired Spillane to try his hand a writing a western screenplay that he hoped his pal, Wayne, would someday produce and star in.

Alas that never came to fruition but lucky for us, Spillane actually wrote the screenplay and it remained hidden amongst his files for all these years.  Upon discovering it, Collins opted to novelize it, sticking to the plot and action as Spillane had envisioned for his shoot’em-up horse opera.  After reading this book adaptation, we’re truly disappointed it was never filmed.

“The Legend of Caleb York,” is a classic western with a tried and true plot about a nameless stranger who rides into the small New Mexico town of Trinidad and finds himself caught up in a war between the corrupt sheriff and local ranchers. Harry Gauge is a sadistic gunfighter who uses his badge to systematically gain control of most of the ranches in the area.  Gauge’s only real challenge comes from a blind rancher named Cullen and his lovely daughter Willa.  Within minutes of arriving in Trinidad the stranger guns down two of Gauge’s men in a fast-draw display that has the locals guessing the unassuming gunslinger’s true identity.

Reading “The Legend of Caleb York” is much like watching one of a dozen famous western movies; each character in the story is molded from iconic elements all of us are immediately familiar with.  The good guys are stalwart and the villains black-hearted as they come fueling the reader’s imagination in such a wonderful, traditional way.  Give this one big thumbs way up, western lovers.  It’s a six-gun blasting winner from the first page to the last.
Posted by Ron Fortier at 8:04 AM

I really enjoyed this.

To be honest, because it took almost 1/3 of the book before The appearance of the protagonist, I couldn't believe that John Wayne or Randolph Scott would accept the part, so I gave it to Jock Mahoney.