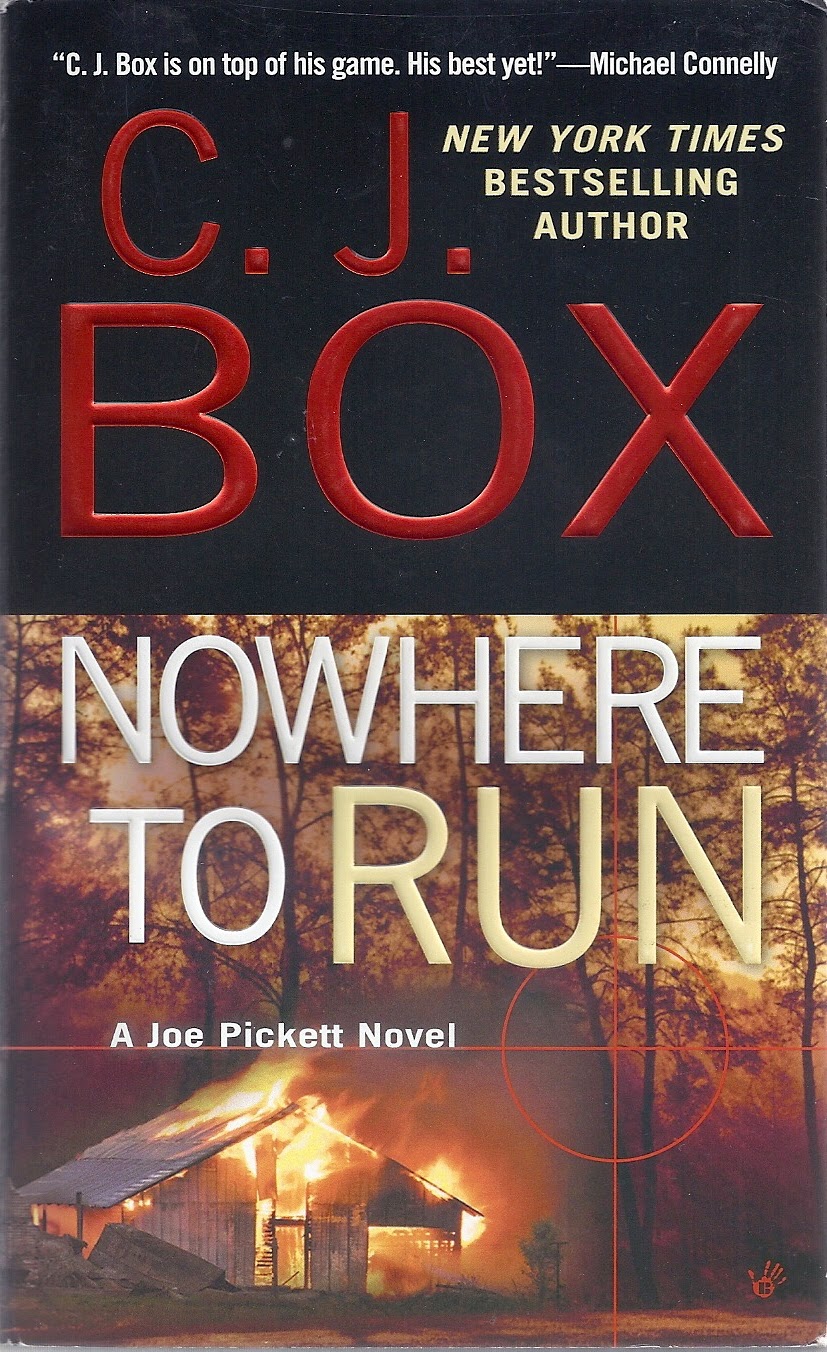 One of the things readers often do is give books as presents.  We’ve been doing that for years and recently our good friend, Gary Kato, send us “Nowhere To Run,” by C.J. Box.  In the past, we’d sent Gary several Longmire mysteries by Craig Johnson and mentioned how much the setting of Wyoming was an integral part of the tales.  Thus Gary’s opting to introduce us to Box’s work which, as it turns out, stars Wyoming Game Warden named Joe Picket.

Like Johnson, Box uses Wyoming’s rugged mountains and valleys as a major part of his storytelling and it makes the book all that much more fascination.  In this day and age, particularly for urban dwellers, we often forget how big America truly is and just how much of it is still primal wilderness; wilderness that can prove deadly to the unwary travel.

While investigating a strange incident reported to him by several hunters, Picket rides out into the deep mountains and comes across two brothers, identical twins, living in the mountains like hermits.  When he attempts to question them as part of his job things suddenly get violent and Joe finds himself on foot, wounded and being hunted by two men who clearly know the ways of the mountain.  But that’s only the beginning of this edge-of-your-seat thriller.  Through strength of will, Joe manages to escape his hunters and makes it back to civilization.  While recovering from his wounds, he learns that every single search party sent into the mountains to find the two supposedly psycho brothers has failed to find any physical evidence of them to corroborate his report.  Now people are questioning Joe’s integrity and even his sanity.

Frustrated by this turn of events and angered that no one will believe his story, Joe is more determined than ever to go back into those dark mountains and not only find the deadly twins but learn the reasons for their being there in the first place.  The answer to that question is somehow caught up in a political scandal with ties to Washington and several government agencies.  Is there a conspiracy involved?  Is someone purposely trying to impede Joe quest for the truth?

“Nowhere To Run,” is a taut, gripping adventure with a political undercurrent that many people will find unsettling.  Kudos for Box for having the courage to say what many of us feel today; that the real dangers to our way of life don’t lie in the wilderness, but in the halls of Washington D.C.  And now we need to thank Gary for introducing us to this amazing book and character.  If you haven’t met Joe Picket yet, what are you waiting for?