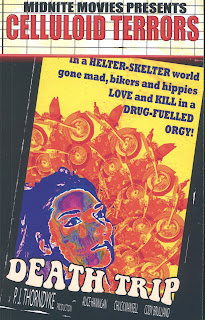 It is the summer of 1968 and a girl name Alice has fled her past life and moved to California. Fate decrees her arrival to coincide with a deadly train derailment that unleashes an experimental gas created by the war department to enhance violent emotions in combat soldiers fighting in Vietnam. Soon locals are infected and begin attacking each other with incidents of violent bloodshed spreading rapidly. The papers call the infected souls The Changed.

On her own, Alice tries to flee Southern California and in a roadside diner encounters a young man named Cody. Both of them barely manage to escape another bloody encounter and end up joining a group of bikers for protection. In turn the bikers come across a busload of drug-addled free-love hippies. The two groups agree to band together in an abandoned old west town on the edge of the desert. Here they can be safe from The Changed and hopefully wait out the disaster until the world returns to normal. Regrettably as time goes by, one of the charismatic hippy leaders named Chuck manages mesmerize everyone into believing the outside world is doomed and they are the only hope for mankind’s future. All too soon Alice and Cody find themselves trapped in a cultish compound being led by a madman.

P.J. Thorndyke is an excellent writer and unfolds his story in a logical step by step manner so as to detail the thin line between civilization and savagery. His characters are doomed from the start; unable to alter the swift descent into horror that ultimately engulfs them all.