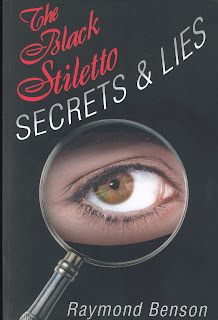 The delight of this series is the humanity Benson infuses in all his characters and allows each to tell his or her story. All of them begin to form the picture of a real family, each member in flux doing their best to make through the greatest puzzle of them all, life. This is such a great series and here’s hoping we’ll soon be hearing Gina’s voice.