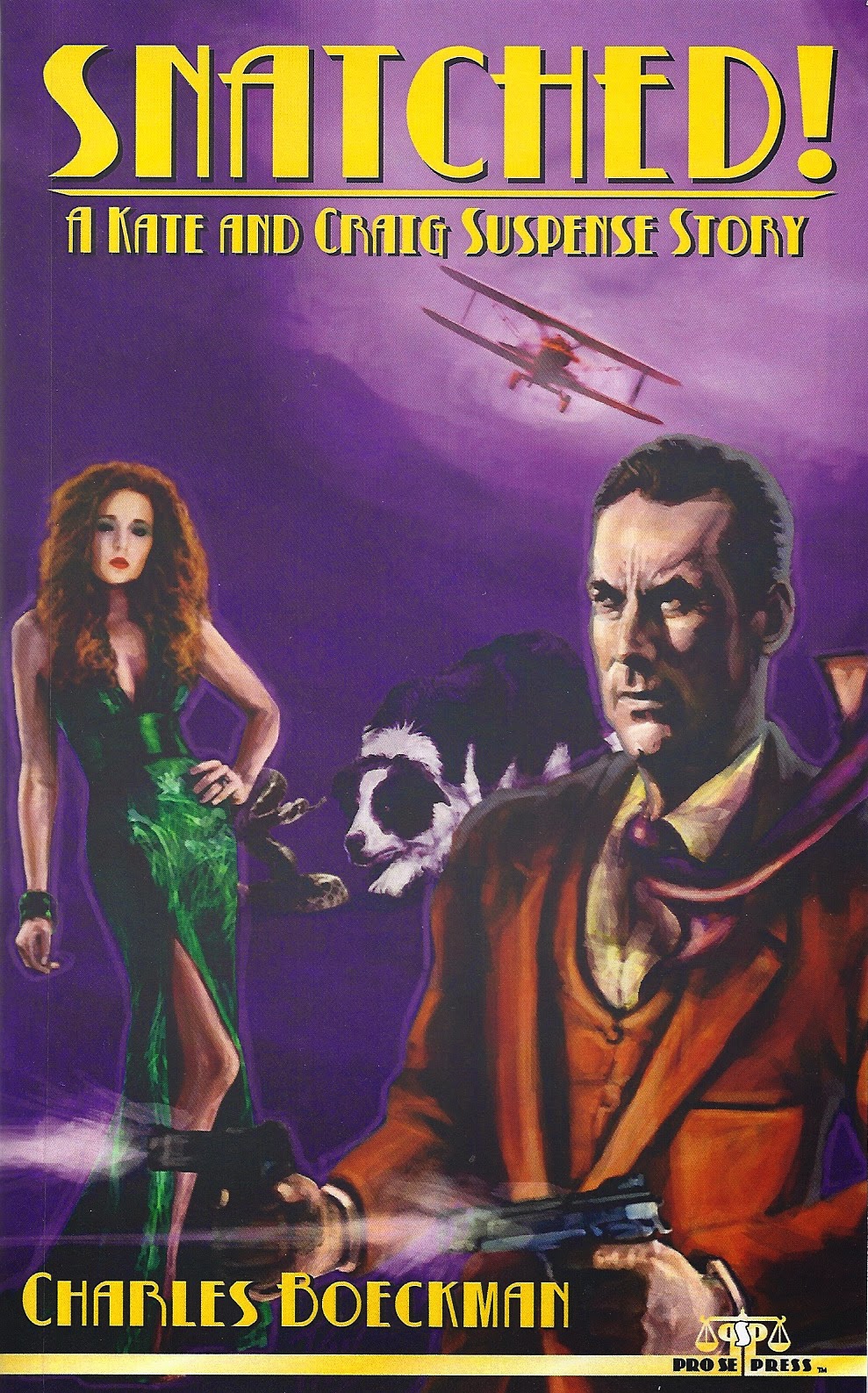 No baseball player hits a homerun every time at bat.  Nor does every writer produce a must-read thriller with each new book he or she releases.  I’ve made no secret in this column that I am huge fan of pulp writer Charles Boeckman and the fact that he is still writing in his 90s continues to both astound and inspire me.  Sadly, with his latest book he goes off into a multi-plotted ditch with no clear cut finale.

In fact, the book is divided into two very distinct parts as if it had been originally intended to be presented as two separate shorter pieces.  In the first half we meet our protagonist, private eyes Kate McHaney and her alcoholic musician ex-husband, Craig Dawson.  We’re given brief background histories of both; a reader’s digest encapsulation of their all too brief union and then the mystery begins.  The mayor’s teenage daughter has been kidnapped and it is suspected the culprit was a local mob boss with connections to the Mafia.  McHaney and Dawson are hired by the mayor and ultimately discover the real bad guys and in a climatic shootout in some arid Texas scrubland, rescue the young lady.

Now had the book ended there, we’d be applauding loudly and singing its praises.  But it does not and what we are then presented with are a series of interconnected vignettes regarding the gangland boss which all manage to involve our heroes in one fashion or another.  The old mayor has retired and the mobster is campaigning to replace him. Somehow Craig is recruited to run against him.  Then the two private eyes become the guardians of a young orphan whose father, a convicted drug-dealer, was murdered.  Soon thereafter the boy comes to Kate asking her help in finding a missing Mexican girl here in the U.S. illegally.  Which then puts the lovely detective in the crosshairs of the Mafia kingpin and days prior to the big election, Dawson disappears.

If this all sounds confusing, it is and it isn’t.  It is not difficult to follow because Charles Boeckman is the consummate writing professional and his technical skills are exemplary.  The reader has no problem following along with his tale. The problem is that narrative goes nowhere and by the end of the book there are no concrete resolutions to any of these plot threads.  The book is billed as the first in a series and so it is safe to assume Boeckman will pick up on these dangling plots in his next volume.  All well and good if the reader is fortunate enough to find the next book.  But even in a series, each chapter should be somewhat self-contained and close out on a genuine climax that does not require having to wait for a sequel.

Thus, as much as I liked these characters and the author’s storytelling, I’m left unsatisfied that the book does not have a real ending.