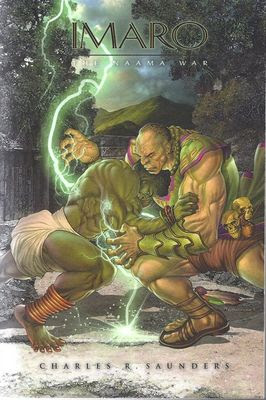 The Imaro books are:

Thanks MB for the listing. Please do send this review to anyone on your mailing list who loves great fantasy action literature. Time we got the IMARO saga recognized by the world at large.