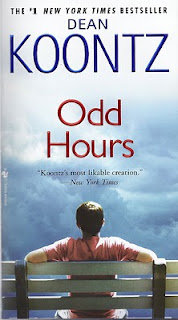 Lest you think book reviewers live isolated lives untouched by the normal ups and downs of daily life, then you should be aware that the simple act of reading can often times be a complicated affair requiring well thought out choices. Case in point, in the past few weeks I’ve been dealing with lower back pain; most likely a bruised disc. At the same time my mother-in-law, who lives with us, has been suffering ill health brought on by bronchitis which in turn led to congestive heart failure and in the past two weeks has been in and out of the hospital four times, three by ambulance. Even as I write these words, she is a patient there. All because her flu/bronchitis forced a change in her routine meds which now is unbalanced and causing her undue lethargic collapse. And there’s not a thing we can do until the medical folks re-calibrate what her proper med-cocktail should be now.

Why do you need to know all this? Only because I had not planned to read this particular book next after finishing Ronnie Seagreen’s SEVENTH DAUGHTER. Sitting on atop my to-read-and-review stack was a publisher’s advance reading copy of a new book by Andrew Gross. So when my mother-in-law collapsed the other night, for the second time in four days and my wife was calling 9-1-1 and all of us were gearing up for our next trip to the hospital and emergency room, I realized I needed to bring a “fast” book with me, one that would help me wile away long hours of waiting. What’s a “fast” book as opposed to a “slow” book? Easy answer. We all have writers we enjoy and have read over and over. Enough so that we know that they do, on most occasions, entertain us, whereas new writers pose a mystery that cannot be unraveled until we’ve allotted them time to get to know them.

Whereas I have never read any of Gross’ work, I was not about to drag it along with me on the chance it would be a good read. If it were not, then I’d be trapped in that hospital lobby, watching time slowly crawl along with a book I did not enjoy. Not why any of us read. So, preparing to dash out the door once the ambulance had rolled away, I opted to grab a book from a writer whose past work has entertained consistently, thus making it a “fast” read. One that would take my mind off a less than pleasant time in our lives. And thus I picked up ODD HOURS. Note the irony of the title itself because dear readers, there are no odder hours spent in this world than in a hospital waiting room. Now on to our regularly scheduled review.

ODD HOURS is Koontz’s fourth thriller starring his psychic hero, Odd Thomas. He was to be named Todd, but a misprint on his birth certificate left him with a unique name to match his unique talents. Odd can see the dead, or those who still linger for whatever reasons beyond this world and the next. He can also sense future events but only those that portent some catastrophic destruction.
As this particular episode in Odd’s life opens, he’s living on the California coast, in a small hamlet as the live-in housekeeper to a retired Hollywood actor. It’s a good job and considering the experiences he has endured and survived in his previous adventures, Odd is more than satisfied with the ho-humdrums of life. Sadly the cosmos is not about to let him have too much R & R and all too quickly Odd is neck deep into another life-or-death adventure.

He has a dream involving a nuclear disaster and soon learns this vision is tied to several men employed by the town’s harbor authority. Then, upon meeting a mysterious young pregnant woman on the public docks, Odd is set upon by a trio of thugs who somehow recognize him as a threat to their evil plans, whatever those might be. Odd is running for his life, attempting to elude these merciless killer while at the same time uncovering whatever their evil plot is.

Along the way, as is always the case with Odd’s exploits, and Koontz’s writing, he stumbles on an eccentric assortment of colorful characters who serendipitously come to his rescue like the proverbial cavalry; just in the nick of time. Among these are young woman horribly disfigured by her drunken father, a kind widow who drives around the fog-shrouded streets at all hours of the night looking souls in need of help and the ghost of Frank Sinatra. That last one provides several memorable scenes that are some of the funniest Koontz’s has ever invented.

All in all, you know Odd is going to somehow manage to save the day and good will triumph, but the ride to that finale is a treat, one to relish. ODD HOURS, like most of Koontz’s work, is the literal equivalency of comfort food. It never fails to satisfy.
Posted by Ron Fortier at 8:03 AM