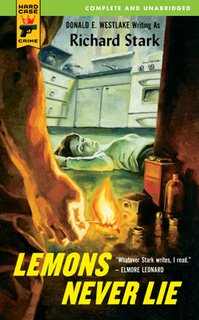 This is crime suspense by a master.
Posted by Ron Fortier at 11:54 AM

I really enjoyed this book and hope that HCC will reprint the others too.

I just received their press release about their signing with HBO films to make movie versions of some of their titles. What great news all around for us crime novel fans.

If they do it right, they will classic television.

Man howe amazing is this - I clicked on one of your archive months and came up with this review. I just ordered this from Amazon yesterday.