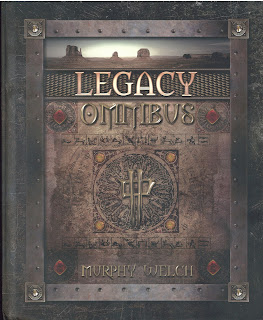 In our last review, we were reminded how Pinnacle books appeared on the scene shortly after we came home from Vietnam in 1968. They released two paperback pulp series; The Executioner by Don Pendleton and Created – The Destroyer by Richard Sapir and Warren Murphy. As we discussed Mack Bolan last time, with this review we’re going to take a look at a new spin-off series that sprang from the elements of the Destroyer saga. But first, let’s give you some background.

The Destroyer novels were about a U.S. government agent named Remo Williams. The hero first appears as a Newark cop framed for a crime and sentenced to death. His death is faked by the government so he can be trained as an assassin for CURE, a secret organization set up by President Kennedy to defend the country by working outside the law. The head of CURE is Harold W. Smith, a man selected by the President not only for his brilliant mind but also because of his integrity. Remo’s trainer father-figure is Chiun, a deadly assassin and the last Master of Sinanju, a Korean based martial art far superior than any other such fighting techniques.

Unlike the realism of the Mack Bolan adventures, the tales of Remo and Chiun were outlandish escapades bordering on fantasy. Remo could dodge bullets and Chiun walked on water. This was pulp exaggeration to the max and the books never took themselves seriously. They were spot-on satires jabbing at political tomfoolery under the thin veneer of action stories. In time, Sapir and Murphy parted ways and ghost-writers were brought on to continue the series which would run to 150 books. There was even a movie which starred Fred Ward as Remo and Joel Grey as Chuin. Though a box-office bomb, it struck a nerve with fans and remains a cult classic.

Eventually Pinnacle sold the series to Tor books. Sapir passed away in 1987 and the rights reverted back solely to Murphy. Once he had control of his creation, Murphy set about expanding the Destroyer concept and began working with young writers to assist him in launching both a new Destroyer series continuing the exploits of Remo and Chuin, but along with young writer Gerald Welch, he produced a spin-off titled Legacy which would introduce the world to Remo’s two children, Stone Smith and his half-sister Freya. After Murphy’s passing in 2015, Welch continued to sibling stories maintaining the same style and effervescences associated with the characters.

Having read and enjoyed those early Destroyer paperbacks, we were actually taken by surprise upon receiving “Legacy – Omnibus” as we had no idea that series had been revived and evolved in this exciting new version. The giant sized omnibus collects the first three Legacy titles, “Forgotten Son,” “The Killing Fields,” and “Overload.” All are terrific and expand upon the new characters from Stone and Freya to their grandfather, “Sunny Joe Roam.” It also fleshes out an historical back-story about Sinanju and its splinter group, an actual Native American tribe living on a reservation in Arizona. Now if that isn’t wonky pulp fare, we don’t know what is. “Legacy – Omnibus” is a grand introduction to the new world of The Destroyer and not only has those first opening chapters but is packed with bonus “extras” that enrich the entire reading experience. It is an awesome package any pulp fan would treasure. It now has a special place in our own library. If like this reviewer, you are an old fan of the series, then this is cause for celebration, The Destoryer(s) is back!