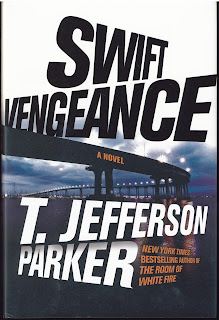 “Swift Vengeance,” like all good thrillers, works because of Parker’s ability to create believable characters, both good and bad. His insights into the human soul with its flaws and strengths is what propels the story. It allows us to know these people as if they were our own friends and neighbors. When the climax arrives, we’ve become invested and it carries us to a powerful finale cruel in its truth and inevitability. The last page of this amazing book is one this reviewer will never forget.
Posted by Ron Fortier at 2:14 PM