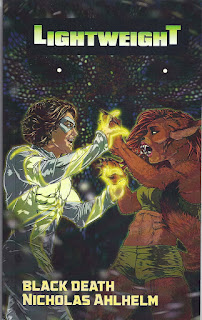 “Lightweight – Black Death” is what all sequels should be; better than the first. And that’s exactly what you have here. A continuation of an epic saga that is both riveting and fun and certainly has us wanting a whole lot more. This is how superhero novels should be done all the time.
Posted by Ron Fortier at 4:08 PM