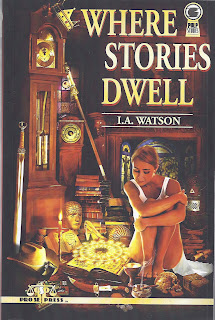 “Where Stories Dwell,” is that rarest of books; on that both amuses and informs at the same time by a writer I’ve come to believe is truly the World’s Last Renaissance Man.
Read it and then tell me I’m wrong.  That’s a safe bet on my part.
Posted by Ron Fortier at 8:03 AM