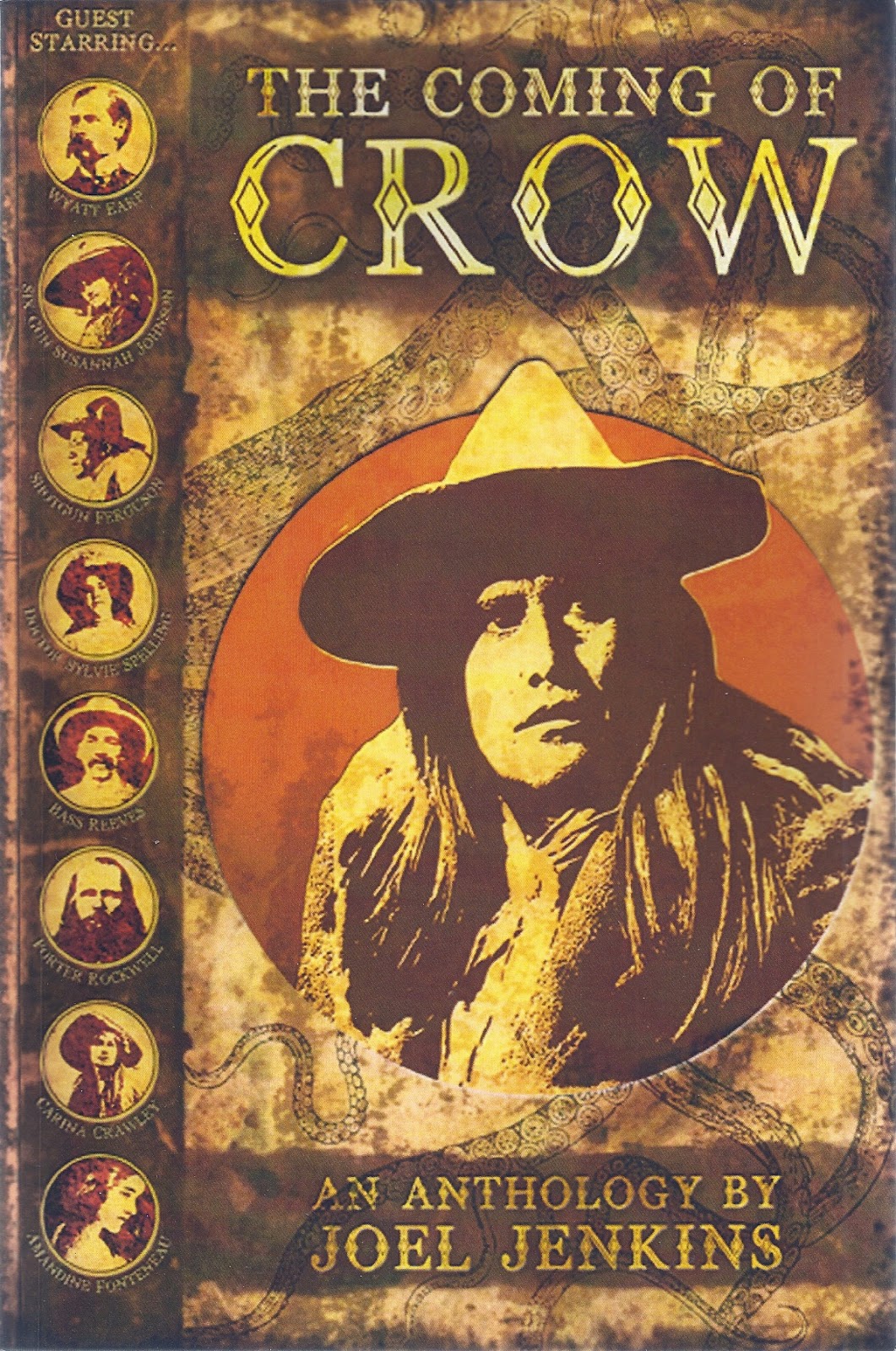 If you are a fan of weird westerns, then your library isn’t complete until you have this book in it.  I was happy to see Jenkins purposely labeled it Volume One which means he has a lot more Lone Crow stories coming our way and this reviewer couldn’t be any happier about that.
Posted by Ron Fortier at 10:01 AM

Unknown said...
This comment has been removed by a blog administrator.
5:17 AM