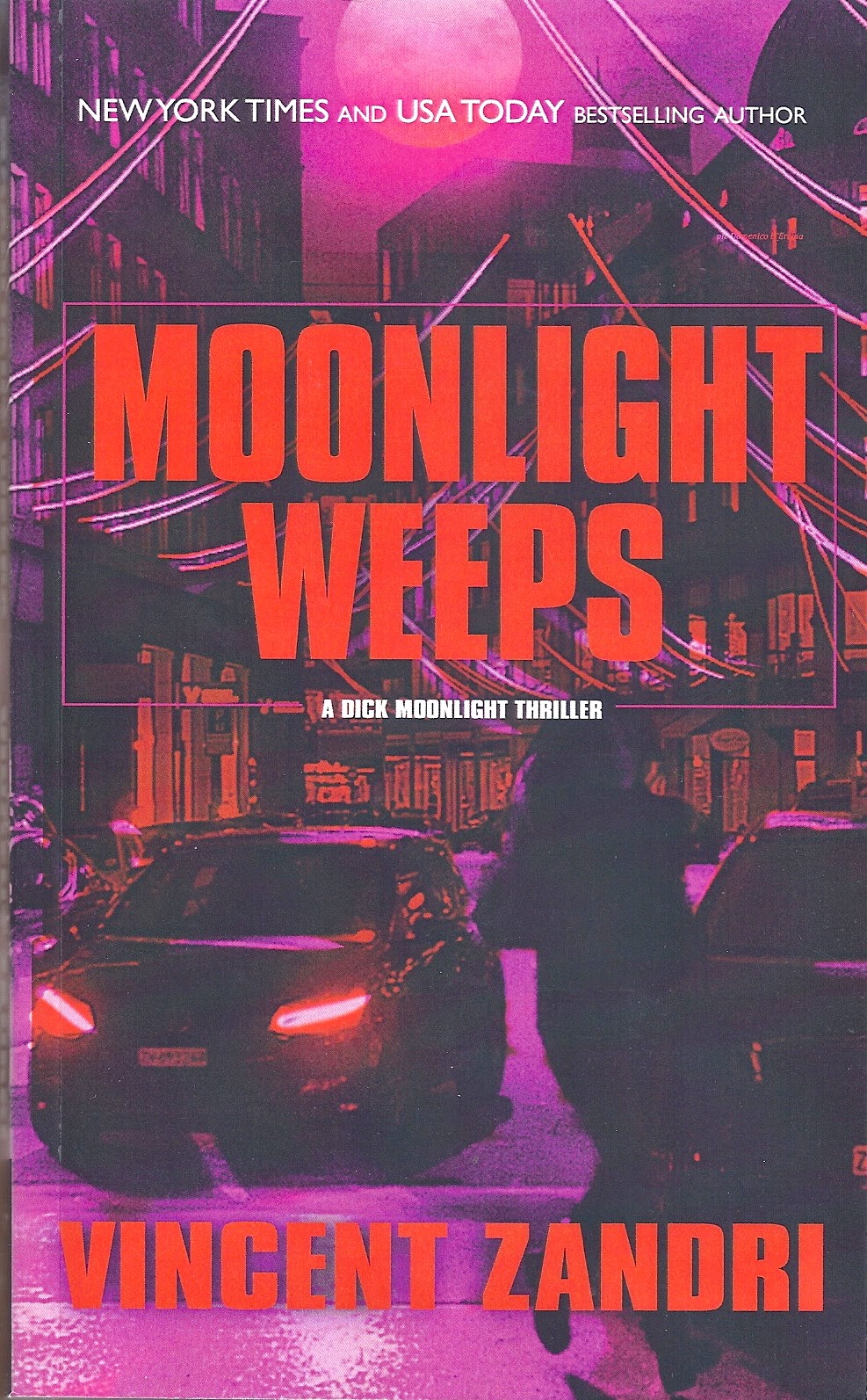 Dick Moonlight is Private Eye working in Albany, New York.  At one time he tried to take his own life by blowing his brains out.  Against all odds, he survived only to learn that the bullet had lodged itself in those self-same brains and could cause him all kinds of grief unless removed one day.  Until that delicate surgery can be performed, Moonlight can faint without warning, have sudden memory lapses or simply drop dead; thus completing the act he began years ago.  Living with a constant death-threat has a caustic effect on Moonlight’s character adding a twisted dark humor to his already cynical world view.

In this tale, Moonlight is hired to chauffeur a rich brain surgeon who, because of multiple DUI convictions, has had his license revoked.  Upon taking the gig, he learns the doctor has another job for him; to help clear his son of a rape conviction and possible reckless homicide charge.  The young lady the boy is accused of having raped later committed suicide because, after the assault, he took pictures of her naked and posted them on Facebook.  It doesn’t take special detecting skills for our hero to realize he’s gotten embroiled with a sleazy father and son team.  It also doesn’t help matters that the victim was the daughter of a well known state senator.

Unfortunately Moonlight’s bank account is hovering over the minus zone and he can’t afford to be choosy as to which clients he takes on.  The doctor is not only rich but being aware of Moonlight’s condition, suggest that if he successfully aids in clearing his son from all charges, he would then be willing to operate on the P.I. and remove the bullet in his head.

And that is the gist of “Moonlight Weeps.”  Of course there are several subplots to include the sudden appearance of Moonlight’s dead lover, a fat Elvis Presley imitator who ends up being his assistance and police narcotics detective who has a personal vendetta against his client.  Oh, and let’s not forget the two Russian mobsters who love to quote Clint Eastwood movies.  “Moonlight Weeps” is an overflowing goulash feast of classic PI tropes all blended together marvelously from the first taste to the last mouthful.  And like all good meals, it left us satisfied but still wanting more.