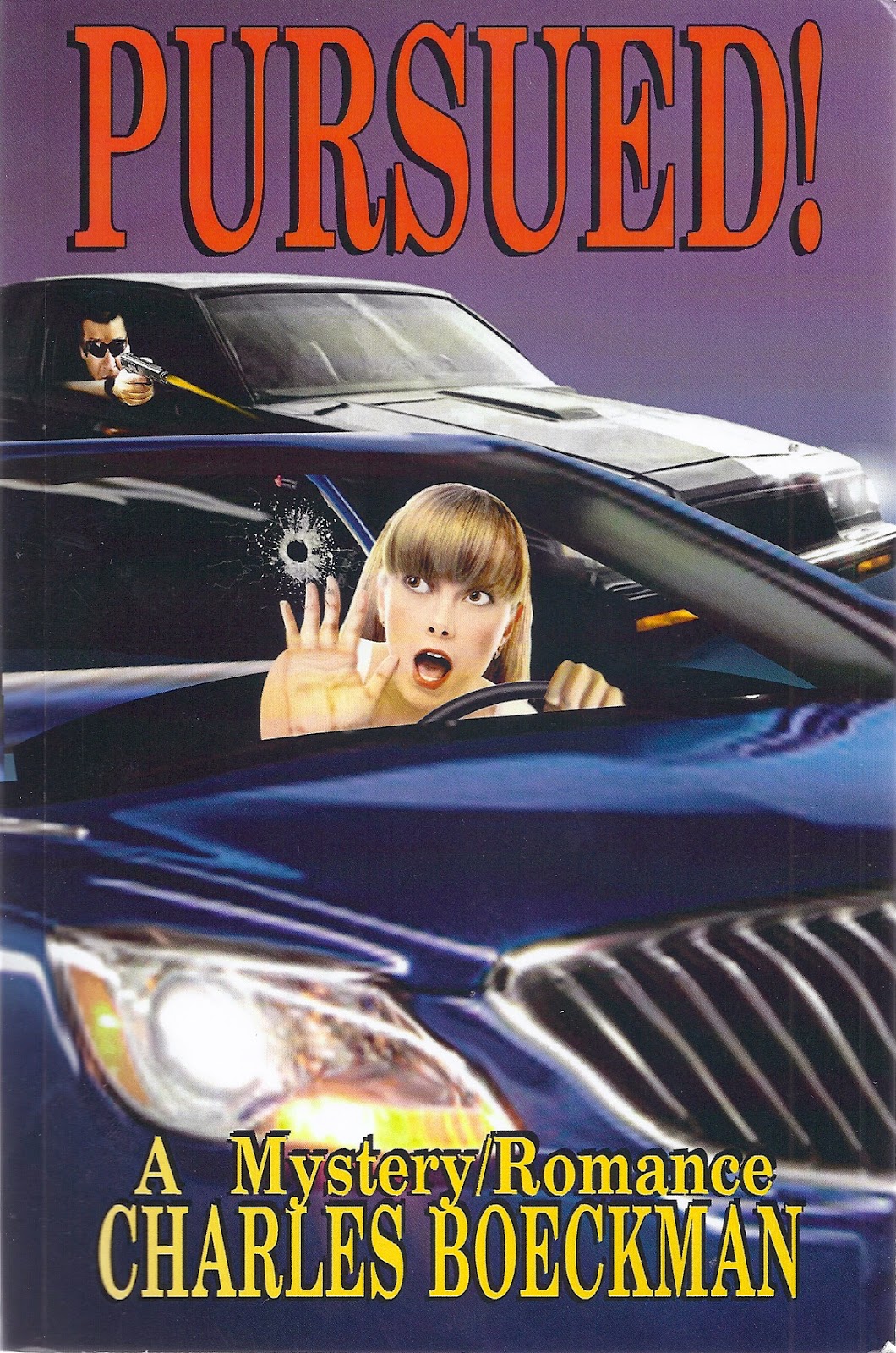 Sometimes we reviewers have a tough job finding the adequate words to describe our experiences reading books.  The challenge in reviewing any Charles Boeckman book is what can you say that hasn’t already been repeated numerous times in regards to a 92 year old pulp writer who has been at this writing game most of his adult life?

Really, not a hell of a whole lot.  Thus the wise course is to simply describe in some small detail the actual plot and tell you ahead of time this is a damn good book.  Boeckman doesn’t know how to write any other kind.

Lauran McCaully works for a radio station along the east coast of Texas.  One night, while driving home, she is run off the road by two men in a black sedan.  It is all too clear that they mean to kill her and Lauran flees her wrecked car into the brutal countryside hoping to escape them.  She manages to reach the isolated ranch of Deputy Sheriff Lee Walton, a widower living by himself.  Hurt and weakened by her ordeal, Lauran is helpless and Walton quickly administers to her wounds, gets her fed and allows her a night’s rest in his own bed.  The following morning she is able to give him a cohesive account of what happened to her on the road.

At the same time, Lee is emotionally surprised at how much he is attracted to this lovely, desperate woman.  The attraction is mutual as both quickly get to know each other in the coming days.  Although Lee believes Lauran’s accounts of the attempt on her life, his boss, a political ambitious sheriff has other thoughts.  When Lauran’s abandoned car is found miles from the scene of the accident it has the body of a dead man in it; a lawyer Lauran had done computer work for in the past.  The sheriff publicly accuses her of killing the man over some romantic entanglement and having concocted the entire automobile attack as a means of throwing suspicions away from herself.

Lauran is living an ever escalating nightmare.  Not only did two men attempt to murder for reasons she can’t fathom, but now it looks like she is being framed for the murder of a dear friend.  But she is not alone in her plight, as Lee Walton finds the circumstances surrounding the entire affair too coincidental and his instincts tell him Lauran is being set up.  Risking his career, he quits his jobs to help prove her innocence and learn who the real killers are.

Now all this would be enough of a thriller plot as is, but Boeckman amps it up even further by setting it against the arrival of a category five hurricane that threatens the entire town should tidal waters crest the beach front barricades.  And in the middle of all this, a secret from Lauran’s past re-emerges posing as yet another threat to both her and the man she has irrationally fallen in love with.

“Pursued,” is the embodiment of what a fast paced, pulp thriller is all about.  There is not a single miscue in the entire tale and it will keep you turning pages at lightning speed, as if the hurricane in the book had leaped out of the pages to rail against the reader’s own imagination.  To write like this is both a talent and the result of years of hard work and dedication.  The blessing for we readers is Boeckman shows no signs of letting up and I full expect to be reviewing his stuff when he turns 100.  Just bloody amazing!!!

I've only been reading Charles Boeckman's work for the past year or so and have been privileged to publish a little of it. His Western pulp stories are remarkable, just the sort of gritty, hardboiled tales I really enjoy. This sounds like another winner.