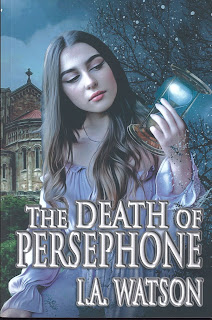 Ron, i know this is slightly off topic but i just couldn`t resist writing it. You know that new show with Patrick Stewart called 'Picard' (its not a bad show actually), well do you re-twat-er the picture they initially used to advertise the show for a couple of weeks before the first episode aired ?, if you dont, it was of Picard and his dog looking out at a stunning landscape presumably in-twat-ating that he was supposedly contemplating a phrase like, "What next in my journey through the universe ?", well, given that scenario and picture, i had this idea of a truly hilarious caption that could`ve and perhaps should`ve accompanied the image, it went something like this, with Picard saying: "Somewhere, out there in all that incredible desolation and wilderness is the truly unbelievable 17 year-old Pauline Hickey from 1985, it must now be my quest to venture forth into that remoteness and find her, and then to fuck her, bugger her, sodomize her, 69-her, spunk all over her, and...of course...OF COURSE...TIT-FUCK THE BIRD SENSELESS for 10 years non-stop, 24 hours-a-day, uninterrupted (and unload literally half-a-gallon of spunk all over those breathtakingly perfect tits every 5 minutes during the entire 10 year period, obviously). No geezer in the history of the world has ever been destined to achieve and fulfill such a noble or important mission, and when i find her (even if it takes 1000 years of searching) i shall say unto her, My dear, my cup runneth over with spunk, and she will then guzzle down the equivalent of 20 wads from my willy, and then the 10 years of non-stop sexual debauchery with THE most mind-bogglingly pheno-girl-al and astounding mega-titted lust-pot of all-time will finally and thankfully begin, i am charged by the goddess Athena herself to complete this mission and i must not offend or let down anyone on High Mount Olympus (although, admittedly i didn`t really need much coaxing to embark on THIS mission, obviously, nudge nudge, wink wink, grin grin, say no more, if you get my drift...COR...WOW...WEY-HEY...! ! !)". I still think thats one of my best Pauline Hickey related com-girl-ts Ron, i just wondered if you agreed ! ?. I hope it made you fall about laughing, thanks for reading.