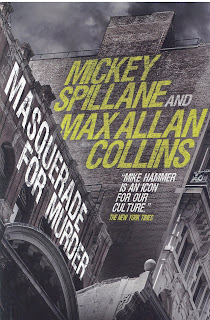 I really enjoyed this one. We're so lucky to have Hammer back.