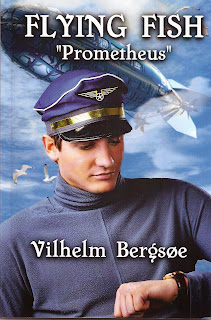 For those of you who enjoy finding such long lost sci-fi gems, this wonderful package comes with additional material to include an essay on the author and the story’s history and a post article by the translator, Dwight Decker, on his role in bringing the story back into print and the inherent challenges in the translation.  All in all, FLYING FISH “PROMETHEUS” is a rare sci-fi oddity we think readers will enjoy discovering…at long last.
Posted by Ron Fortier at 12:50 PM